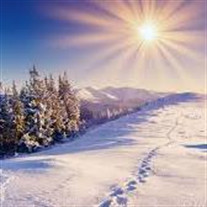 Hampton – Joan F. Henry, 82, of Hampton, formerly of West Roxbury, MA, Milton, MA, and Edgewater, FL, entered into eternal rest on December 15, 2016. She was born on April 9, 1934 in Boston, MA, a daughter of the late Curtis W. and Grace E (Frazier) Crockett. Raised in Somerville, MA she graduated from Somerville High School and later Massasoit College of Nursing. She was a former employee of Mosler Safe, EPSCO, Carney hospital in Dorchester, MA and Glover hospital in Needham, MA. She was a former parishioner of the Trinity United Church in Seabrook Joan shared 59 years of marriage with her late husband Douglas Frank Henry who predeceased her in February 2016. Surviving family members include her children, Matthew Henry and his wife Mary, Kurt Henry and his wife Carolann, Alyson Dossett and her husband Peter; grandchildren, Colleen Ferguson and her husband Aaron, Dillon Henry, James Dossett, Catherine Dossett and sister-in-law Marilyn Williams of Hingham, MA. In addition to her parents and husband she was predeceased by her sister Anita Walters. All services will be private.

The family of Joan F. Henry created this Life Tributes page to make it easy to share your memories.

Send flowers to the Henry family.