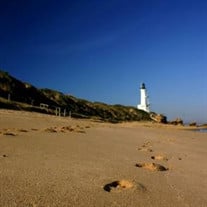 Stratham - Joanne Schepis Stone of Stratham, passed away on July 14th, 2016 after a courageous battle against breast cancer, one she had been fighting since 2004. She was at home with her loving family. Joanne was born on February 2nd, 1967 in Boston, MA to Carole and Paul Schepis. She grew up in Topsfield, MA where she began a relationship with her future husband, Daniel R. Stone, starting their thirty-four year love story together. She was a devoted and loving mother, wife, daughter, sister and friend - an inspiration to all those she touched with her grace, strength, and selflessness. “Amazing woman” is a repeated expression heard from all who knew her. Joanne graduated from Masconomet Regional High School in 1985. She went on to earn her Bachelor of Science from the University of New Hamphire’s Whittemore School of Business in 1989. After joining the workforce for a couple of years, she attended Northeastern University and received her MBA in 1993. She worked for Massachusetts Electric/National Grid as an Account Manager and in Regulatory and Legislative Affairs between 1994 and 2003. After the birth of Mia in 2003 and deciding that she wanted more time at home with her three children, Joanne earned her realtor’s license and worked for Prudential Rush Realty. She worked at her dream job in Recruiting and Admissions for the Peter T. Paul College of Business and Economics Graduate Programs at the University of New Hampshire from December of 2011 until June of 2015. Jo loved family time and devoted every moment of her free time to raising her three beautiful children. They were the center of her world. She loved being active whether it was running, skiing, playing tennis or watching her children’s games. Her will to keep going and continue these activities, even in hard times, was and still is inspiring. Together with her husband Dan Stone, Joanne is survived by her three wonderful children, Christian (her Star), Madeline (her Angel) and Mia (her Sunshine). She is also survived by her loving parents N. Paul and Carole Schepis of New Castle, NH; three beautiful sisters - Dianne Salmon and her husband David Salmon of Yarmouth, ME and their children Natalie, Julianne and Erik; Suzanne Gray and her husband Richard Gray of York, ME and their children Justin, Marcus, Oliver and Susannah; Julie Webber and her husband David Webber of York, ME and their children Jared, William, Andrew and Matthew; her mother-in-law Martha Stone and her three sisters in law - Karen Fillinger and her husband David of Scarborough, ME and their son Sam; Pamela Johnson of Beverly, MA; and Amy Stone of Wakefield, MA. She is also survived by many extended relatives along with countless friends. There will be a Vigil for Joanne from 4-7 P.M. on Wednesday, July 20th at Remick and Gendron Funeral Home-Crematory, 811 Lafayette Rd. Hampton. A funeral mass will be held at 10:00 AM on Thursday, July 21st at St. Theresa Church, 815 Central Road, Rye Beach. In lieu of flowers, please make donations to your favorite children’s cancer fund.”

Stratham - Joanne Schepis Stone of Stratham, passed away on July 14th, 2016 after a courageous battle against breast cancer, one she had been fighting since 2004. She was at home with her loving family. Joanne was born on February 2nd, 1967... View Obituary & Service Information

The family of Joanne Schepis Stone created this Life Tributes page to make it easy to share your memories.

Stratham - Joanne Schepis Stone of Stratham, passed away on July...