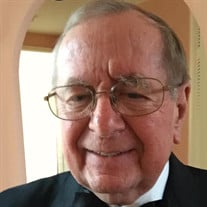 North Hampton – John C. Armacost, 84, of North Hampton, died peacefully on Monday, April 5, 2021 with family by his side. He was born September 5, 1936 in Baltimore, MD the son of the late George F. and Doris (Cooper) Armacost. Raised in Finksburg, MD, he graduated high school in Westminster in 1954. He went on to graduate first in his class from the United States Coast Guard Academy in 1958 and later Harvard Business School Program for Management Development in 1966. John had a successful career not only in the Coast Guard, where he commanded patrol vessels in Pascagoula, MS, and as CO of Loran Station, Okinawa, Japan, but as a businessman as well. Some of the positions he held where, Operations Manager for Simplex Wire and Cable; Director General for ITT Canadian Wire and Cable; President of ITT Surprenant in Massachusetts, ITT Pumps and Equipment division in New Jersey and Ludlow Corporation in New Hampshire; Vice President and Group Executive of Tyco Specialty Products in New Hampshire and Managing Partner of Full Circle Investments. He was a member of the US Coast Guard Academy Alumni Association; Trustee and Chairman of the Finance Committee for Berwick Academy and Treasurer of Florida Liona Eye Clinic. He married his beloved wife, Marianne (Tarr) Armacost, in 1959 and they shared 61 years of marriage. She provided a loving home, supported her husband, and cared for their six children through the many relocations occasioned by new employment opportunities. In addition to his wife, Marianne, surviving family members include his children, Lisa Armacost and her husband Kurt Hoffman, Beth Fletcher and her husband Robert, John M. Armacost and his wife Susan, Timothy Armacost and his wife Wendy and Suzanne Armacost; grandchildren, Finnley, Lucas, Jedidiah, Jamieson, Ian, Chelsea, Jessica and Samantha; siblings, Dinah Smelser, Shelley Ruby and daughter in law, Gabriella Hajdu. In addition to his parents, he was predeceased by his son, Christopher Armacost and his brother, Gary Armacost. Visiting hours will be from 12:00 PM to 3:00 PM on Sunday, April 11, 2021 at the Remick & Gendron Funeral Home-Crematory, 811 Lafayette Road, Hampton. A mass of Christian burial will be celebrated at 10:00 AM on Monday, April 12, 2021 in St. Theresa Church, 815 Central Road, Rye Beach. The mass will also be available by livestream and can be viewed by clicking here. Private burial will follow.

North Hampton &#8211; John C. Armacost, 84, of North Hampton, died peacefully on Monday, April 5, 2021 with family by his side. He was born September 5, 1936 in Baltimore, MD the son of the late George F. and Doris (Cooper) Armacost. Raised... View Obituary & Service Information

The family of John Cooper Armacost created this Life Tributes page to make it easy to share your memories.

Send flowers to the Armacost family.