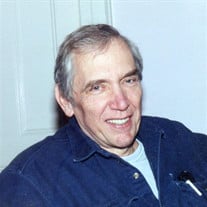 Dr. John B. Bayliss was born in Joslyn Center Boston MA, November 23, 1938 to William Bradford Bayliss and Ruth “Billie” Millard-Demming Bayliss. His mother was a diabetic and unable to conceive until after they adopted their first child. John entered this life a “miracle baby.” His mother died when he was a teenager. John grew up in California. He graduated from San Francisco State University with a Bachelor of Arts degree in 1964. John served in the U.S. Navy for four years and lived in Texas, Washington State, Massachusetts’ cities in Jamaica Plain, Amesbury, Newton, Brookline and Hampton Falls, NH. John’s father was a family man who loved taking the family on camping trips and fishing. John did not like fishing. However, he acquired a phenomenal appreciation for literature, which made him a good clinician. He immersed himself in writing plays, although none were published. He became very active in the Newburyport Theater. John became proficient in explaining and demonstrating how people could give life to their ideas because he understood playwright and classic literature. John Bayliss received a doctoral degree from Boston University in psychology with a focus in English. He had the professional credentials of a PH.D. John was also a professor of psychology and psychologist in the Counseling Center at University of Massachusetts (UMASS) Lowell. Dr. John Bradford Bayliss was a psychologist in private practice in Chelsea, Massachusetts and later Amesbury, MA. He served on the Rotary Board of Directors from 2012 – 2013 and was awarded the Paul Harris Fellow in 2013. John met his wife, Lorraine Vavra, Licensed Independent Clinical Social Worker at McLean Hospital at a conference in 1997. They were married on September 22, 1999 by his father who resided in California. He is survived by his wife Lorraine Vavra, stepmother Mary Lou Bayliss, and adopted brother Jim, and stepbrother Andy Bayliss. Those who pre-deceased him in death are his father and mother, William Bradford Bayliss and Billie Bayliss, his half brothers, William Bayliss and Donald Bayliss. John loved people, reading, movies, theater, classic jazz and singing. He practiced and felt the loving power in Buddhism. Lorraine shares, “when I think of him, I remember his wry sense of humor and kindness to everyone-there was not a mean bone in his body, and he looked at all people and situations with a sense of awe, encouragement and love. He looked with a humanistic perspective on all aspects of life.” Services will be private.

Dr. John B. Bayliss was born in Joslyn Center Boston MA, November 23, 1938 to William Bradford Bayliss and Ruth &#8220;Billie&#8221; Millard-Demming Bayliss. His mother was a diabetic and unable to conceive until after they adopted their first... View Obituary & Service Information

The family of John Bradford Bayliss, Ph.d created this Life Tributes page to make it easy to share your memories.

Send flowers to the Bayliss family.