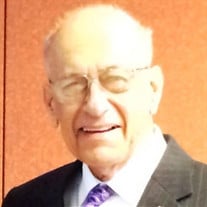 Rye – John Biskaduros, 85, of Rye and a former longtime resident of Portsmouth, died Monday, July 11, 2016, at Sanctuary Care in Rye surrounded by his loving and devoted family and Sanctuary Care friends. He was born in Nashua on July 3, 1931, a son of the late Nicholas and Catherine (Polipne) Biskaduros. John was raised in Nashua and graduated from Nashua High with the Class of 1949. He enlisted in the United States Army shortly after high school and served his country honorably for over twenty years, including two tours each in Korea and Vietnam, involving combat action. He received many awards for sharpshooting and marksmanship and rose to the rank of Chief Warrant Officer 2 before retiring in 1970. Upon his retirement, John was employed with Evans Electric Supply. Through hard work and dedication, he was promoted to Branch Manager which brought him and his family to Portsmouth in 1975. He spent several years as the Manager of Evans before being hired by the Portsmouth Naval Shipyard. He retired from the shipyard in 1994, worked briefly at the Hampton Toll Booths and then worked in customer service at the Home Depot in North Hampton. He stopped working in 2012 and pursued his hobbies of bowling and golf. John was a passionate golfer who enjoyed his many golfing trips with his friends and loved to pass on any tips to his children. He was very devoted to his family and grandchildren, and was always willing to offer his time and knowledge to his friends and family on electrical projects. John was a lifelong New England Sports fan who enjoyed watching sports and often talked about his visiting Fenway Park with his children. He was an avid bowler winning many local awards. He was a member at Pease Golf Course, Seacoast Retired Bowling League and a longtime member of the Kiwanis Club of the Seacoast in Portsmouth. He was predeceased by Jeanine E. (Bourgelais) Biskaduros, his beloved wife of over 57 years and is survived by four loving children and twelve grandchildren; his sons, John and his wife Elizabeth of Fairfax, VA, with grandchildren Peter, Christian, Gabrielle, Jacob, and Jordan; James and his wife Wanda of Chantilly, VA, and grandsons Eric and fiancé Nikki Watson and Zachary and wife Rebecca; Jeffrey and his wife Ellen of Berkeley Heights, NJ with grandsons Brad, Brian, and Greg; and his daughter, Judy Gaskell and husband Jeff of Rye with grandchildren Josh and Jess. He also leaves his brother, Manuel and his wife, Evelyn of Hudson, his sister, Mary Zaremba of Nashua, his half-sisters, Irene Daly and Adrienne Maillet, both of Clinton, MA as well as many nieces, nephews, cousins and close friends. Visiting hours will be held from 6 to 8 PM on Friday, July 15, 2016 and again from 11 AM to 12 noon on Saturday in the Remick & Gendron Funeral Home-Crematory, 811 Lafayette Rd., Hampton. A prayer service will follow Saturday’s visitation starting at 12 noon in the funeral home and burial will be next to Jeanine in the Calvary Cemetery, Portsmouth. Relatives and friends are respectfully invited. In lieu of flowers, donations may be made to the Alzheimer’s Association, Massachusetts/New Hampshire Chapter, 480 Pleasant St., Watertown, MA 02472 or made online at www.alz.org.

Rye &#8211; John Biskaduros, 85, of Rye and a former longtime resident of Portsmouth, died Monday, July 11, 2016, at Sanctuary Care in Rye surrounded by his loving and devoted family and Sanctuary Care friends. He was born in Nashua on July... View Obituary & Service Information

The family of John Biskaduros created this Life Tributes page to make it easy to share your memories.

Rye – John Biskaduros, 85, of Rye and a former longtime resident...

Send flowers to the Biskaduros family.