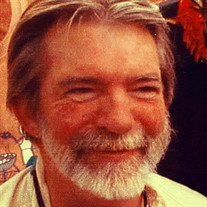 Hampton, NH – John M. Clark of Hampton was 72 years old and was born in 1948. He grew up in Marshfield, MA where he lived his earlier life. John leaves his wife Deda of Hampton, his son John M. Clark, Jr. of Somerville, MA, his daughter Lauren Clark of Nashua, his brother Stephen Clark and sister in-law Joan of North Falmouth and Haverhill, MA. He also leaves nieces and nephews. Following his enduring love of the sea, after graduating from high school he went off to fulfill his dream. During those early years he went deep sea fishing and primarily sailed out of Woods Hole, New Bedford, Plymouth, Boston, Gloucester, MA and Portland, Maine. He sailed for the Woods Hole Oceanographic Institute aboard the research Chain for many years Traveling the seas from South America to South Africa. Although he was at sea for months at a time, he primarily resided in the village of Quissett, Woods Hole for many years. Later on, he gravitated to working on supply vessels for deep sea oil well drilling rigs. Here again, he covered a wide swath of ocean. He started down off the coasts of Texas and Louisiana and then moved on to Newfoundland, Scotland and Alaska. Subsequently, he became associated with General Electric as an engineering millwright installing and maintaining turbines in electric power plants. He was always known as a technical manager and the most capable problem solver. With a work ethic to put a draft horse out of work, John was also known for being tough as nails, and having quick wit. Eventually settling in Hampton, John always had a vegetable garden, enjoyed New England sports and a Big Green Egg for occasions big or small. As a pastime, he continued to enjoy fishing and was always involved with household carpentry or mechanical projects. Throughout John’s entire life he made a wide variety of friends everywhere he went, many of which lasted a lifetime. He continued in his last years being known for his humor, monumental character, and a loving member of his family. The man would “be there” (a running mantra of his character) for anyone who needed help without any expectations. His legacy is passed down to his family and friends by leaving high expectations for friendships to come and the capacity for love in others. Within the prevailing COVID guidelines the family will be holding calling hours from 3-5 P.M. Saturday, February 13, 2021 at the Remick & Gendron Funeral Home-Crematory, 811 Lafayette Road, Hampton. All are welcome to pay their tributes and celebrate the life of John Martin Clark. In lieu of flowers the family has asked donations made in John’s name to Intrepid Fallen Heroes Fund

Hampton, NH &#8211; John M. Clark of Hampton was 72 years old and was born in 1948. He grew up in Marshfield, MA where he lived his earlier life. John leaves his wife Deda of Hampton, his son John M. Clark, Jr. of Somerville, MA, his daughter... View Obituary & Service Information

The family of John M. Clark created this Life Tributes page to make it easy to share your memories.

Send flowers to the Clark family.