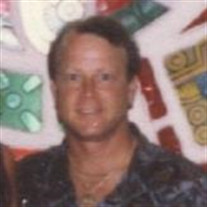 Eliot, ME – John A. Davis, II, 64, of Eliot, died Saturday, January 11, 2020 at Exeter Hospital, Exeter, NH. He was born in West Point, NY February 1, 1955 a son of the late John and Patricia (Blaner) Davis. John was raised in a military family and traveled with his family to many different locations. He was employed as a land consultant and operated his own company in Eliot for 25 years. For the past seven years he was employed by Unitil Corporation in Exeter also as a land consultant. He made his home in Eliot the past 30 years, enjoyed boating, fine dining, fishing, music, spending time with family and friends and traveling. He leaves his life partner Melissa Taylor of Eliot, three children, Evan Davis and his girlfriend Eileen Shatinsky of Eliot, Summer Carney and her husband Richard of Saugus, MA, Amber Landry of Ocoee, FL, three grandchildren, Jaycee Ewing, Anthony and Austin Medina, his sister June and her husband George Kirkwood and his brother Mark Davis as well as nieces and nephews. He was predeceased by his sister Patricia Vansickle. Visiting hours will be from 2-4 P.M. Saturday, January 18, 2020 at the Remick & Gendron Funeral Home-Crematory, 811 Lafayette Road, Hampton, NH. Services will immediately follow at 4 P.M. in the funeral home. Relatives and friends are respectfully invited. In lieu of traditional remembrances donations may be made to the Pope Memorial Humane Society.

The family of John A. Davis, II created this Life Tributes page to make it easy to share your memories.