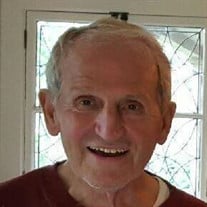 Hampton Falls – John F. Grogan, 79, of Hampton Falls, died Sunday, November 6, 2016 at Exeter Hospital after a fall. He was born July 22, 1937 in Pekin, Illinois, son of the late James Sidney and Lela May (Gardner) Grogan. John was raised in Chillicothe, IL where he graduated from the Chillicothe High School. Of his passing a classmate wrote “All of us in our class of '55 looked to John as one of our leaders and an example to emulate.” He graduated from Harvard University in Cambridge, MA, where he participated in the Glee Club, and The Harvard Graduate School of Design with a Master’s Degree in Urban Planning. Mr. Grogan worked for the City of Manchester, for over 23 years, retiring as the Director of City Planning in 1987, upon which he was presented with a Key to the City by Mayor Robert Shaw. After enjoying a few years of hunting, fishing and motorcycling he joined Coldwell Banker where he met his wife. They enjoyed travel to the Caribbean and managing their real estate properties. Finally, he became a one-man fan club for his grandchildren's soccer, rugby, baseball, basketball and flag football games and school plays. John is survived by his beloved wife, Rachel D. (Langhorne) Grogan of Hampton Falls and Charleston, SC; his sister Annette Wilson and her husband Robert of Knoxville, TN; his former wife G.J. Hicks-Grogan of Rye, as well as her children, Patte-Anne Ardizzoni and her husband John and their children Grogan and Zander all of Hampton; Charles “Chas” Riopel and his wife Jeanie Ryan and their daughter Sophia Rose of Rye as well as Jeanie’s son Danny Ryan. There are no visiting hours. The public is invited to a memorial service at 4:00 P.M. Thursday, November 10, 2016 at Christ Church, 43 Pine Street, Exeter, followed by a reception. Private burial will be in the Central Cemetery Rye. In lieu of flowers donations may be made to the American Heart Association or the American Cancer Society. Arrangements are by the Remick & Gendron Funeral Home-Crematory, Hampton.

The family of John F. Grogan created this Life Tributes page to make it easy to share your memories.