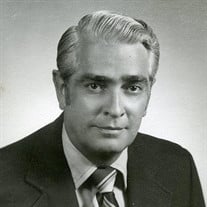 Hampton – John W. “Jack” King, 88, of Hampton, died Saturday, October 24, 2015 at Rockingham County Nursing Home in Brentwood after a lengthy illness. He was born in Concord on October 1, 1927 the son of the late Thomas and Catherine (Corliss) King. He graduated from Concord Catholic High School in 1943 and the College of the Holy Cross in Worcester, MA in 1948. Jack was a veteran of WWII serving honorably with the US Navy. Jack was employed with the Veterans Administration Hospital in Manchester before he started as a sales representative for Metropolitan Life Insurance Company. He retired from MetLife with 43 years of distinguished service. While employed with MetLife, he qualified numerous times for Metropolitan’s President’s Conference symbolizing the highest standards of professionalism. This is recognized throughout the insurance industry as a tribute to personal dedication and sales leadership. He was also a member of the National Association of Life Underwriters. A resident of the Hampton community since 1956, Jack was a communicant and lector of Our Lady of the Miraculous Medal Church, helped form Little League Baseball in Hampton serving as commissioner, and was involved with the Democratic Party, actively promoting various statewide campaigns. Jack was the devoted husband of Cecile T. “Sis” (Michaud) King for 59 years. In addition, he was the loving father of son, David King and his wife Patty of Windham, his daughter, Diane Jones and her husband Leo of Middleton, MA, four grandchildren, Meagan and Rachel King, and Philip and John Donovan, and several nieces and nephews. Visiting hours will be from 4-7 P.M. Thursday, October 29, 2015 at the Remick & Gendron Funeral Home, 811 Lafayette Road, Hampton. A mass of Christian burial will be celebrated at 10 A.M. Friday, October 30, 2015 at Our Lady of the Miraculous Medal Church, 289 Lafayette Road, Hampton. Burial will follow in the High Street Cemetery, Hampton. Relatives and friends are respectfully invited. In lieu of flowers, the family suggests donations to St. Jude’s Research Hospital, 262 Danny Thomas Place, Memphis, TN 38105 www.StJude.org

The family of John W. "Jack" King created this Life Tributes page to make it easy to share your memories.