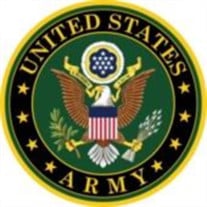 Hampton – John “Johnnie K” Kostandin, 88, of Hampton, passed away peacefully on Saturday, December 11, 2021 at Exeter Healthcare Center where he had been living due to declining health. John was born in Somerville, MA on August 11, 1933, a son of the late Charles and Effie (Luca) Kostandin. He shared over 58 years of marriage with his beloved late wife, Eleanor (Ayanian) Kostandin who died in 2016. John attended Wakefield High School of Wakefield, MA and graduated from Brewster Academy in 1952. He was an outstanding athlete and lettered in football, baseball and hockey in high school and earned a football scholarship to college. After school, John enlisted in the United States Army and served his country honorably during the Korean War. Upon his discharge from the Army, John returned home and worked in his Dad’s restaurant, “Tally-O,” in Lynnfield, MA. He met his beautiful wife Eleanor in 1957 and the young couple married in 1958. He and Eleanor had resided in Methuen and North Andover, MA before relocating to Hampton in the early 1980s. He had owned and operated Freddy’s Variety & Package Store of Methuen and later, the Lobster Trap Restaurant at Hampton Beach for many years before retiring in 1994. John was a fun-loving Dad and time with his children and grandchildren were his happiest moments and he enjoyed attending their many sports events in high school and college. He was full of life! John is survived by his 5 children and his 11 grandchildren. In addition to his parents and his beloved Eleanor, John was predeceased by his sister, Anna. He will be missed by all who knew and loved him. No funeral arrangements have been made at this time. In lieu of flowers, memorial donations may be made to Saints Vartanantz Armenian Church, 180 Old Westford Rd., Chelmsford, MA 01824.

Hampton &#8211; John &#8220;Johnnie K&#8221; Kostandin, 88, of Hampton, passed away peacefully on Saturday, December 11, 2021 at Exeter Healthcare Center where he had been living due to declining health. John was born in Somerville, MA on August... View Obituary & Service Information

The family of John Kostandin created this Life Tributes page to make it easy to share your memories.

Send flowers to the Kostandin family.