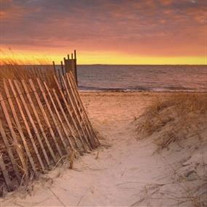 Exeter, NH – John J. Mahoney, 82, of Exeter, died on Wednesday, July 20 2016 at Clipper Harbor in Portsmouth. He was born January 20, 1934 in Yonkers, NY a son of the late Joseph P. and Cecelia (Griffen) Mahoney. Raised in Yonkers, John graduated from Roosevelt High School with the Class of 1952 and later Leslie College in 1974. John was Regional Vice President for Unico for many years, retiring in 1997. He shared 51 years of marriage with his beloved wife Marietta (Kay) Mahoney of Exeter. In addition to his wife, family members include his children, John M. Mahoney and his wife Irene of Groveland, MA, Kristine Mahoney of Salem, Thomas J. Mahoney and his wife Heather of Rye, Alison McNally and her husband Michael of Gorham, ME, Mathew Mahoney and his fiancée Dina of New York, NY; brothers, Robert Mahoney of Southbury, CT and Joseph Mahoney and his wife Patricia of Yonkers, NY; sister Geraldine Travis of Southbury, CT and 5 grandchildren, Daniel, Kendra, Morgan, Darla and Tessa. Visiting hours will be held from 1 to 4 PM on Tuesday, July 26, 2016 in the Remick & Gendron Funeral Home & Crematory, 811 Lafayette Rd., Hampton. Relatives and friends are respectfully invited. Services will be private. In lieu of flowers, donations may be made in his memory to Alison's Walk To End Alzheimer's, c/o: Chris Sedenka, 383 U.S. Route One, Suite 2C, Scarborough, ME 04074 (Http://act.alz.org/goto/TeamjjAlison).

The family of John J. Mahoney created this Life Tributes page to make it easy to share your memories.

Send flowers to the Mahoney family.