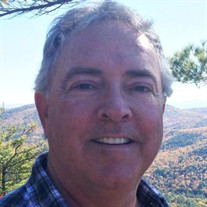 On 3 March 2016 at 1:58am, John died in the arms of his wife after a four month diagnosis of cancer. He was a young-at-heart 62 year old. Beloved husband and best friend of Pamela Paquette for 32 years. Much-loved son of Joan (Smith) Noonan and the late John F. Noonan (Bear) of Birmingham, MI. Devoted father of John F. Noonan III of Denver, CO. For the last 15 years, John was co-owner of Clarke’s Restaurant at Faneuil Hall in Boston, where he thrived on the camaraderie of both his co-workers and patrons. Born in Detroit, Michigan, John grew up in a nourishing, innocent environment where he got to enjoy being a kid, skating on the ponds in the winter, riding bikes off the roof into the swimming pool, living in tree forts and barbequing rib-eyes. He graduated Assumption High School in Windsor, Ontario, Canada, in 1972, where he played on the Varsity Hockey Team which won the All Canada Award. The Catholic all boy boarding school was his idea of heaven: Live with all of your best friends and play hockey all day. John graduated from Western Michigan University in 1978 with BS in Engineering. John enjoyed a full and varied career which spanned the globe. He had been a Merchant Marine sailing on the Great Lakes, a United Auto Worker on the line at the Ford Sterling Axle Plant, and a Teamster driving trucks on the Alaskan Pipeline. For 22 years, John worked at various aerospace and technology companies in Minnesota, Washington, DC, Colorado, Massachusetts, Arizona and the United Kingdom. Some of his programs included the development of the first laser gyroscope at Honeywell, implementation of space defense operations at Lockheed Martin, and the privatization of the Bank of England for the UK government. John loved ice skating. He said it made him feel free. He loved the smell of the ice. He played hockey in his youth through college and later in various ‘Old Man’ Hockey Leagues. He loved to head over to the Boston Common Frog Pond for an afternoon workout. With his wife, John endured thousands of hours of swimming, hiking, skiing and kayaking with minimal complaints. He enjoyed cross country road trips and the chance it gave him to enjoy the simple, back country of Americana, always searching for that biggest ball of string. John is survived by eight siblings and a large extended family, including Mary Elizabeth (Noonan) & George Hritz; Mary Terese (Noonan) & Andrew Burns and their two children Andrew Jr. and Sarah; Mary Anne Noonan and her three children Bill Jr, John P and Christopher; Mary Kathryn Noonan-Mangin & Arnaud Mangin and their two children Tristan and Elise; Joseph T & Margaret Noonan; Michael P & Rosanna Noonan and their two children Sean and Ryan; Peter M & Anthea Noonan and their two children Katie Morris and Sophie Noonan; Timothy D Noonan & Jarick C Huliganga and their children Madeline and Genevieve. Deborah (Paquette) & Philip Gelston and their two children Laura and Andrew; Donna (Paquette) & Fred Seigel and their two children Julia and Anna; Martin & Lisa Paquette; Mary Ellen (Paquette) & Christopher Hopkins and their two children Emily and Samuel; Elaine (Paquette) & William McCarthy; Elizabeth (Martin) Paquette (mother-in-law). The Funeral Mass will be celebrated at St. Theresa Catholic Church, 815 Central Road, Rye Beach, NH at 11:00am on Tuesday, 8 March 2016. Relatives and friends are respectfully invited to attend. There will be no calling hours and burial will be private. A reception will be held following the Mass. A Memorial celebrating John’s life will be held at Clarke’s at Faneuil Hall from 3pm-5pm on Wednesday, 9 March 2016. In lieu of flowers, memorial donations may be made to charities that advance John’s compassion towards others.

On 3 March 2016 at 1:58am, John died in the arms of his wife after a four month diagnosis of cancer. He was a young-at-heart 62 year old. Beloved husband and best friend of Pamela Paquette for 32 years. Much-loved son of Joan (Smith) Noonan... View Obituary & Service Information

The family of John Francis Noonan, II created this Life Tributes page to make it easy to share your memories.

Send flowers to the Noonan family.