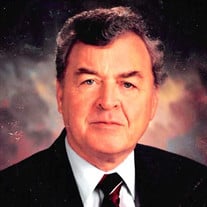 Rye – John David Reynolds, 79, of Rye, passed away peacefully on Saturday, August 25, 2018 at Watson Fields in Dover surrounded by his loving and devoted family. John had been battling Parkinson’s disease and dementia for 13 years. He was born on February 11, 1939 in East Liverpool, OH, the son of the late James A. and Beatrice (Maley) Reynolds. He was raised in East Liverpool and graduated from St Aloysius High. John went on to earn his Bachelor’s Degree in Architecture from Miami of Ohio University in Oxford, OH and upon graduation, served his country honorably with the United States Marine Corps. John and his wife Janice (Rogers) settled in Manchester to raise their family. John worked for a few architectural firms before becoming a partner at Architects Four. After moving to Rye, John opened Reynolds Architects in the early 2000’s, which he operated until falling ill. He was an avid fan of all Boston Sports Teams as well as his favorite childhood team, the Pittsburgh Pirates. He enjoyed playing golf and tennis along with spending time with his grandchildren. In addition to his wife, John is survived by his son, Bryan Reynolds and his wife Christy of Haverhill, MA and his daughter, Wendy Doyle and her husband Brendan of Stratham. He also leaves his brother, James Reynolds and his wife, Ligia of Ann Arbor, MI, his sister, Carolyn O’Hara and her husband Paul of Hot Springs, AR and his beloved grandchildren, Ben & Andy Reynolds and Brendan P. Doyle along with several nieces and nephews. John’s family would like to thank Dr. John Hopkins and the entire staff at Watson Fields for their care, support, compassion and kindness. They would also like to thank Wentworth Home Care and Hospice, particularly, Nancy, Grace and Rene. Services will be private with burial in the Central Cemetery, Rye. In lieu of flowers, the family suggests memorial donations be made to Watson Fields Employees Fund, 201 Watson Road, Dover, NH 03820 or The Michael J. Fox Foundation For Parkinson’s Research https://www.michaeljfox.org/tribute/tribute-page.php?id=991&np=true.

Rye &#8211; John David Reynolds, 79, of Rye, passed away peacefully on Saturday, August 25, 2018 at Watson Fields in Dover surrounded by his loving and devoted family. John had been battling Parkinson&#8217;s disease and dementia for 13 years.... View Obituary & Service Information

The family of John D. Reynolds created this Life Tributes page to make it easy to share your memories.

Send flowers to the Reynolds family.