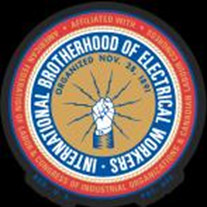 Hampton - John J. Rock, Jr., 61, of Hampton, died Sunday, March 27, 2016 at his home surrounded by his family after a brief illness. He was born January 25, 1955 in Newburyport, Mass a son of the late John J. and Mary V. (Johnson) Rock. John was a veteran serving with the US Air Force from 1977 to 2003. He was presently employed as a telecom technician with the International Brotherhood of Electrical Workers Union Local 103 out of Boston, MA. John made his home in Hampton the past 7 years coming from Woonsocket, RI. He enjoyed golf. He was also a loyal New England sports fan, enjoyed deep sea fishing, he loved spending time with his family. He was also a big hearted man and would do anything for his friends and family. He shared 21 years of marriage with his wife, Susan E. (Mills) Rock. In addition to his wife, he leaves his son, Daniel Marino of Blackstone, MA, his daughter, Christine Marino of Woonsocket, RI, his siblings, Edward Rock, Marie Colby both of Byfield, MA, Richard Rock of Amesbury, MA, eight grandchildren, one great grandson, nieces and nephews. Visiting hours will be from 4-8 PM Wednesday, March 30, 2016 at the Remick & Gendron Funeral Home-Crematory, 811 Lafayette Road, Hampton. Relatives and friends are respectfully invited.

The family of John J. Rock, Jr. created this Life Tributes page to make it easy to share your memories.

Send flowers to the Rock family.