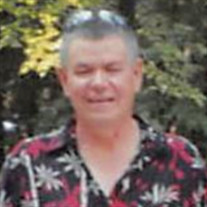 Hampton – John C. Rulli, 68, of Hampton, died peacefully on Thursday, July 9, 2020. He was born in Worcester, MA on September 27, 1951 a son of the late Carl and Irene (Duclos) Rulli. Raised in Sturbridge, MA he graduated from Tantasqua High School with the Class of 1969. He went on to attend Clark University before enlisting in the United States Navy, where he proudly served 8 years onboard the submarine USS Jack. He also attended the University of New Hampshire. John was a senior programming architect who worked as an independent contractor throughout New Hampshire and Massachusetts. He was active with the Hampton Youth Association and Boy Scouts, where he was a longtime leader for Troop 380 in Hampton. He was also a former longtime coach for the Amesbury Jets and Little Warriors Football teams. John was an avid New England Patriots fan and outdoorsman, who especially enjoyed camping, hiking and gardening. His passion was cooking. He loved hosting the annual neighborhood pig roast for his neighbors, friends and family, but most of all he loved being a dad. Surviving family members include his two sons, Carl Rulli and Brent Rulli; sister, Pat Wood and her husband “Topper”; brother, Paul Rulli and his wife Lynn; grandchildren, Jacob C. Rulli and Jasmine Rulli; ex-wife and dear friend, Holly Hurd and many nieces, nephews and cousins. In addition to his parents, he was predeceased by his step-son, Patrick Gleason. A private celebration of life will be held at a later date. In lieu of flowers, donations may be made to Dana Farber Cancer Institute , 450 Brookline Avenue, Boston, MA 02215.

Hampton &#8211; John C. Rulli, 68, of Hampton, died peacefully on Thursday, July 9, 2020. He was born in Worcester, MA on September 27, 1951 a son of the late Carl and Irene (Duclos) Rulli. Raised in Sturbridge, MA he graduated from Tantasqua... View Obituary & Service Information

The family of John C. Rulli created this Life Tributes page to make it easy to share your memories.

Send flowers to the Rulli family.