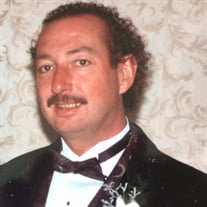 Hampton – John Charles Stefan, 67, of Hampton, passed away peacefully on Tuesday, October 19, 2021 with loving family at his bedside. John was born in Methuen, MA on November 26, 1953, a son of the Late Edward C. and Marie J. (Garvey) Stefan. The Stefan family moved to Hampton when John was very young. He graduated from Winnacunnet High School in 1972 and went to work for Katz Carpets of Rye shortly after graduation. He was with Katz for over 20 years and then went to work as a maintenance man at Abenaqui Country Club in Rye for over 15 years. John was hilarious, entertaining and loved to make people laugh. He was a hard-working man who enjoyed being outdoors, surfing at Plaice Cove and spending time with his grandchildren. He also like watching football on Sunday afternoons and going to his grandson’s Little Warrior football games. One of his favorite times, and one he loved to reminisce about, was when he and his good friend, John Whelan, rode their Harley’s on a cross-country trip. They kept a journal and took many pictures during trip and eventually published their adventures in a book. Family members include his son, Jeremie Stefan and his wife, Leora of Hampton, his daughter, Acacia “Kish” Stewart and her husband, Ricky of Berwick, ME and his grandchildren, Degan and Bryce Stefan, Kelvin Boyer, Josiah Stewart and Jasmine King and her husband, Zach. He also leaves his brother, Jimmy Stefan and his wife, Heidi of West Palm Beach, FL, his sister, Deborah Fernandez and her husband, John of Raymond and his 4 nephews. Services will be private. In lieu of flowers, memorial donations may be made to the American Cancer Society

The family of John C. Stefan created this Life Tributes page to make it easy to share your memories.

Send flowers to the Stefan family.