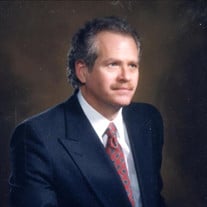 Rye - Jonathan Charles Menes, 78, of Rye, NH and Deer Valley, Utah passed away peacefully August 16th surrounded by his family. He is survived by his wife of 57 years, Marcia Briggs Menes, his daughter Kirsten Menes and granddaughter Anna Copeland, as well as his brother William Menes, nephew Dylan Menes and niece Lindsay Menes Field. Jonathan graduated from Tufts University in 1964 with a degree in Economics and went on to receive his Masters in International Economics from The London School of Economics. While at Tufts he was a member of the Theta Chi fraternity and lettered in Track & Field running the 400m relay and hurdles. It was at Tufts that he met his future wife and fellow classmate, Marcia on a blind date. After receiving his Masters degree, Jonathan joined the US Foreign Service and was posted to Paris, France serving under Ambassador Sargent Shriver. He was later posted to the State Department in Washington, D.C and in the early 70’s moved to the Commerce Department working as an Economist until his retirement 32 years later as Deputy Assistant Secretary for Industry Analysis. During his tenure at the Commerce Department he led several trade delegations to Asia, headed a committee at the OECD in Paris, and ran the office of Trade and Investment Analysis in the Commerce Department that published the annual US Industry & Trade Outlook. In 1985 he was selected by President Reagan to participate in the prestigious Presidential Exchange commission, spending a year as an executive with the United Technologies Corporation in Hartford, CT. After retiring in 2004, Jonathan became an adjunct Professor of Economics at The University of Utah, teaching during the winter semester. This enabled him to regularly ski the famous Utah powder. Amongst several courses at the University, Jon taught a popular International Trade course together with Governor Jon Huntsman. Jonathan was an accomplished tennis player and black diamond skier, regularly skiing 100 days a season from his home in Deer Valley, Utah. He was also an avid road biker having completed several “Centennials” (100 mile rides). An active member of Rye and Portsmouth, NH Democrats since retirement from the US Government, Jonathan could be seen regularly canvassing in the Seacoast area, sometimes together with his daughter and granddaughter. In addition he consulted with the NH Democratic party on various economic policy papers especially concerning International Trade policy. Throughout his life, career and retirement Jonathan was known for his advocacy for progressive social issues especially women’s rights. In lieu of flowers, donations may be made to The London School of Economics or the Huntsman Cancer Institute Salt Lake City, Utah. Service date and time will be announced, please check back.

The family of Jonathan Charles Menes created this Life Tributes page to make it easy to share your memories.

Send flowers to the Menes family.