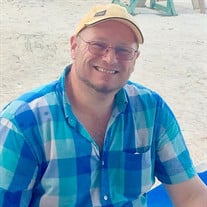 Stratham – Joseph R. Arcadipane, Jr., 50, of Stratham, passed away peacefully at Exeter Hospital after a brief illness on Wednesday, September 6, 2017, surrounded by loving family. He was born in Everett, MA on November 29, 1966, the son of Joseph R. Arcadipane, Sr. of Salem, NH. Raised in Melrose, MA, he graduated from Melrose High School and later Massachusetts College of Pharmacy in Boston. Following graduation, he pursued his career as a pharmacist at a number of locations before rounding out his longtime career at Walgreens. It was there that he met the love of his life and wife of 7 years, Erica (VanReenen) Arcadipane. He and Erica have three children together; Maria, Dominic, and Norah, all of Stratham, NH. Joe had an infectious smile that could light up a room. He was a brilliant man who enjoyed cooking, gatherings with family and friends, traveling, food tasting, all Boston Sports (especially the Boston Red Sox and New England Patriots), a good cigar, great Scotch and craft beer, golfing as well as other outdoor activities, especially gardening. He treasured his childhood memories spent with his brother, cousins, aunts, uncles, and grandmother in East Boston. Anyone who knew Joe knew his greatest joy in life were his children. From reading bedtime stories, playing cards, pointing out constellations in the sky, going to the park, camping, picking flowers, trips into Boston and Portsmouth, or gathering the yield from the garden, they were the best part of his day. His generosity and selflessness was one of kind and he will truly be missed by all who knew him. In addition to his wife and children, surviving family members include his father and stepmother, Nancy Arcadipane, of Salem, NH; brother, David Arcadipane, of Newmarket, NH; in-laws, John and Cathy VanReenen of Brentwood, NH; brothers-in-law, Rob VanReenen and his wife, Tori, of San Diego, CA and Steve VanReenen and his fiancée, Yina Mariano, of Burbank, CA; nephews, Gus and Eli VanReenen, of San Diego, CA; and many other extended family members and dear friends. Visiting hours will be held from 5 to 8 PM on Monday, September 18, 2017 in the Remick & Gendron Funeral Home-Crematory, 811 Lafayette Road, Hampton. Celebration of Life will be held at 11 AM on Tuesday, September 19, 2017 at First United Methodist Church, 129 Miller Ave in Portsmouth, NH. Burial will follow at Harmony Grove Cemetery, Portsmouth. Relatives and friends are respectfully invited. In lieu of flowers, donations may be made in his memory to the Boston University School of Medicine Amyloid Research Fund, 72 East Concord Street, K-503, Boston, MA 02118 or online at http://www.bu.edu/amyloid/donate/.

Stratham &#8211; Joseph R. Arcadipane, Jr., 50, of Stratham, passed away peacefully at Exeter Hospital after a brief illness on Wednesday, September 6, 2017, surrounded by loving family. He was born in Everett, MA on November 29, 1966, the... View Obituary & Service Information

The family of Joseph R. Arcadipane, Jr. created this Life Tributes page to make it easy to share your memories.