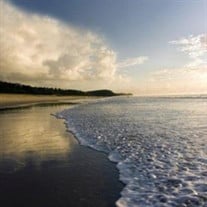 Rye – Joyce M. Troy, 87, of Rye, passed away peacefully on Monday, December 27, 2021. She was born in Glasgow, Scotland on November 25, 1934 a daughter of the late Andrew and Elsie (Tomlinson) Thomson. Raised in Scotland, she moved to the states with her family at the age of 12 and settled in Winthrop, MA. She later married her first husband of 25 years, Donald R. Troy who was an Air Force veteran and together they resided throughout the United States following his career before making Rye their home in 1967. Joyce worked in the banking industry her entire career, retiring from the former First National Bank of Portsmouth as Vice President. She shared 22 years of marriage with her second husband, the late John Taylor who predeceased her in 2013. Surviving family members include her son, Stephen Troy of Rye; siblings, Marty Hamilton of Winthrop, MA, Elsie Myserian of Stoneham, MA, Andrea Thomson of St. Andrews, Scotland and North Thomson of Massachusetts and several nieces, nephews and cousins. In addition to her parents and husbands, she was predeceased by her son, Donald C. Troy and brother, William Thomson. Visitation will be held from 4 – 7 PM on Tuesday, January 4, 2022 at the Remick & Gendron Funeral Home-Crematory, 811 Lafayette Road, Hampton, NH 03842. Relatives and friends are respectfully invited. Burial will be private.

The family of Joyce M. Troy created this Life Tributes page to make it easy to share your memories.

Send flowers to the Troy family.