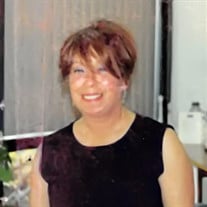 Hampton – Judith E. “Judie” Bean, 73, of Hampton, passed away peacefully at the Exeter Hospital on Tuesday, August 8, 2017 surrounded by her loving family. She was born in Peabody, MA on October 31, 1943, a daughter of the late Charles D. and Ellen (O’Neill) Hanson. Judie was raised in Danvers, MA and graduated from Danvers High with the Class of 1961. She met her future husband, James B. Bean III at a Valentine’s Day party in 1970 and two years later they were married. Judie and Jim lived in Danvers for a short time, relocated to Seabrook for 11 years and settled in Hampton in 1986. She had worked at the former Essex County Gas Company of Amesbury for many years and most recently as a receptionist with Cole Haan of Greenland. Family was her life and Judie loved them fiercely. Spending time with her children and grandchildren brought her the greatest joy. She was very proud to be Irish and always ensured others knew her heritage. Left to cherish her memory are Jim, her devoted husband of over 45 years, her daughters, Jenniffer Grzybowski of Hampton and Jodie Mycko and her husband Adam of Newmarket and her grandchildren, Meryn Grzybowski and Evan Mycko. She also leaves her siblings, Roderick “RJ” Hanson and his wife Susan of Saco, ME and MaryLee Henderson of Topsfield, MA, her granddaughter Meryn’s father Jason Grzybowski as well as her many nieces and nephews. She was predeceased by her parents and her brother Dwight Hanson. A private family gathering will be held to celebrate Judie’s life. In lieu of flowers, memorial donations may be mailed to the American Lung Association, 18 Elm St., Manchester, NH 03104 or online at www.lung.org.

The family of Judith E. Bean created this Life Tributes page to make it easy to share your memories.

Send flowers to the Bean family.