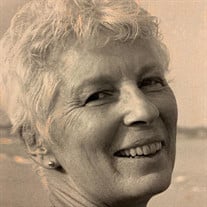 Rye - Judith Carol Dionne, 83, of Rye, passed away peacefully in the early morning hours of April 22, 2020 at the Portsmouth Regional Hospital. She was born in Manchester, March 19, 1937 the daughter of the late Sam and Esther (Kearns) Nahil. Judith was raised in Claremont, and graduated from Stevens High School in 1955. She then attended Grace-New Haven Hospital School of Nursing in New Haven, CT and graduated in 1958. Her nursing career began when she became a Licensed Registered Nurse in the State of New York and began her long career as an RN working first at Samaritan Hospital in Troy, New York followed by working as an RN in an OB/GYN practice in Alexandria, Virginia and finally, in 1965, as an RN at Mercy Hospital in Springfield, MA. In 1988, Judith obtained her degree of Bachelor of Human Services from American International College in Springfield, MA. Judith married her next-door neighbor, Arthur Dionne, on July 12, 1959. After her husband graduated with a JD degree from Georgetown University Law School in 1965, they moved to the Springfield, MA area and eventually established residence in Wilbraham, MA and raised four children: Peter, Mary, James and Robert. Upon her husband's retirement in 2007, Judith and Arthur retired to Rye, to a home where Judith could "see, hear and smell" the ocean. It was known as "Jud's Place". As residents of Rye, Judith and Arthur were members of the Beach Club and the Portsmouth Yacht Club. Judith was a long-time volunteer at the Rockingham VNA & Hospice. In addition to her husband Arthur, Judith is survived by her son Peter Dionne of Rye, grandson Geoffrey Dionne of Manchester, and granddaughter Sarah Dionne of Plainville CT; daughter Mary Dionne of Wilbraham, MA and grandson Daniel Delaney; son James Dionne of Lansdale, PA and grandson Benjamin Dionne and his wife Kathleen Dionne of Newton, MA, and granddaughter Madlyn Dionne of New York, New York; son Robert Dionne and his wife Crystal Dionne of Candia, and grandson Sam Dionne and granddaughter Ella Grace Dionne; and family friend Robert Sullivan of Three Rivers, MA. The Dionne family wish to extend a "Thank You" to the Portsmouth Regional Hospital, Webster at Rye, the Rockingham VNA and Hospice and Dr. Syed Peeran for all their care and support. Due to the current restrictions on large gatherings from the CDC, services will be held at a later date. In lieu of traditional remembrances, donations may be made to the Rockingham VNA & Hospice. Arrangements are by the Remick & Gendron Funeral Home-Crematory, Hampton.

Rye - Judith Carol Dionne, 83, of Rye, passed away peacefully in the early morning hours of April 22, 2020 at the Portsmouth Regional Hospital. She was born in Manchester, March 19, 1937 the daughter of the late Sam and Esther (Kearns) Nahil. Judith... View Obituary & Service Information

The family of Judith C. Dionne created this Life Tributes page to make it easy to share your memories.

Send flowers to the Dionne family.