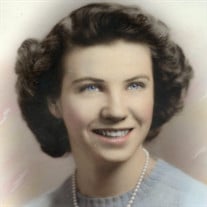 Brentwood – June Elizabeth Coffey, 88, of Brentwood and former longtime resident of Portsmouth and North Hampton, passed away peacefully on Saturday, December 24, 2017 at the Rockingham County Nursing Home after an extended illness. She was born in Portsmouth, June 26, 1929, the daughter of the late Harold and Mary (Harrison) Trefethen. June was raised in Portsmouth and graduated from Portsmouth High School. She married shortly after graduation and raised her family in Portsmouth, St. Petersburg, FL and eventually moved to North Hampton in 1962. She married her late husband, Arthur L. Coffey in 1963, and they made their lives together in North Hampton until Arthur’s death in 1993. June then purchased a condo on Spinnaker Road and returned to Portsmouth to live. She loved horseback riding and going camping with Art and enjoyed volunteering her time with the former Senior Friends of Portsmouth Hospital. Family members include her sons, Robert Babula of Newfields, Wesley Babula of Farmington, ME, Stanley Babula of Hampton and Arthur Coffey of Lee. She also leaves 6 grandchildren and 4 great grandchildren as well as her nieces, nephews and close friends. Visitation will be from 5 to 7 PM on Tuesday, January 2, 2018 in the Remick & Gendron Funeral Home – Crematory, 811 Lafayette Rd., Hampton. Services will be held at 11 am on Wednesday in the funeral home. Burial will be next to Arthur in the Center Cemetery, North Hampton. Relatives and friends are respectfully invited. Donations may be made to the recreation fund used for resident local trips and entertainment and mailed to Rockingham County Rehabilitation and Nursing Center, Residency Fund, 117 North Rd., Brentwood, NH 03833.

Brentwood &#8211; June Elizabeth Coffey, 88, of Brentwood and former longtime resident of Portsmouth and North Hampton, passed away peacefully on Saturday, December 24, 2017 at the Rockingham County Nursing Home after an extended illness. She... View Obituary & Service Information

The family of June E. Coffey created this Life Tributes page to make it easy to share your memories.

Send flowers to the Coffey family.