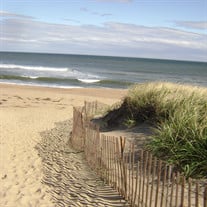 Seabrook – Keith Scott Babcock, 34, of Seabrook died unexpectedly, Wednesday, March 1, 2017 at his home. He was born in Boston, Mass., September 8, 1982 a son of Lynn (Pellegrino) Heald and William S. Babcock. Keith was raised in Fremont attending local schools there and was a graduate of Portsmouth High School. He worked as a carpenter and more recently installing fire sprinkler systems. In addition to his parents William “Bill” and his wife Mary and his mother Lynn all from Fremont, he leaves his daughter, Skyla of Derry, his maternal grandmother, Jean Gray of Seabrook with whom he resided, his brother, Matthew Babcock of Epping, his sister, Christina Babcock and her fiancé’ Justin Dornhoffer of Boston, Mass., aunts uncles and cousins. A private service was held at the Remick & Gendron Funeral Home-Crematory, Hampton. The family suggests donations to Chucky’s Fight, 380 Lafayette Road, Unit 11-193, Seabrook, NH 03874 or go to http://www.chuckysfight.com/.

The family of Keith S. Babcock created this Life Tributes page to make it easy to share your memories.

Send flowers to the Babcock family.