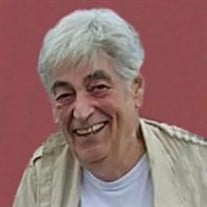 Hampton Falls – Kenneth B. Sidoti 78, a Hampton Falls resident for the past 21 years, passed away peacefully on Tuesday, March 29, 2022. He was born on July 7, 1943 in Cleveland, OH the son of the late Salvatore and Susan (Ferranti) Sidoti. Kenneth worked for Centech Group Inc. for 17 years in network operations before retiring in 2008 and later for AutoZone in North Hampton, where he made friends that became family. He was a longtime member of Church Alive in Portsmouth. A patriotic man, he enjoyed building and racing cars, playing his guitar and listening to music, riding his motorcycle with his wife and church family. He shared 40 years of marriage with his wife, Lee (Cunningham) Sidoti of Hampton Falls. In addition to his wife, surviving family members include his daughters, Kayla Sidoti- Voltz and her husband Matt Voltz of Fargo, ND and Jamie Lee Sidoti of Kittery, ME; grandson, Thomas Voltz; his sisters, Paulette (Sidoti) Brown and husband Daniel Brown, Donna (Sidoti) Carpentz and late husband Kurt Carpentz, Patricia Sidoti (deceased); nephews, James Hunsdorf and Joseph Hunsdorf and niece Gina Carpentz. Growing up in a Sicilian family, there was never a shortage of love and food. Kenny being the first born and first grandchild never heard the word “no” in his life. Spending his younger years with his Nonna and Nunno, he quickly learned that everything in life must be done with passion. Strong willed and determined to achieve success in any endeavor; his spirit of excellence was present in every aspect of his life. Beloved brother, some would even say the best big brother to his sisters. Ken was a true friend to many. He loved to share his passions with those who surround him. He was the type of person that didn’t talk to talk, but said what needed to be said. Dependable and honest, there wasn't a cruel bone in his body. He would befriend anyone he met and opened his heart with loving arms. Ken lived by the rule “do unto others as you would want done to you.” The anchor to his family, keeping them grounded in an ever changing world. He was blessed to not only spend his life with his loving wife, but most importantly his best friend. Through happy and sad times, his strength was found in God and his family. The Sidoti home was filled with memories that will live through a bond that can never be broken through time or distance. Ken loved his children more than life itself, but nothing compares to his love of his grandson. He finally got his little boy to bring to the racetrack. Thomas was barely out of diapers before he was driving his toy jeep at grandpa's house. Nothing made him smile more than the laughter and joy of his grandson, As he rests in peace, may there be solace that he is no longer suffering and in pain. Ken will forever live on in the hearts of every person he shared his life with. Dearly beloved and forever missed. Nothing will ever compare nor fill the space he has left in this world. Visitation will be held from 4 – 5 pm on Friday, April 15, 2022 in the Remick & Gendron Funeral Home-Crematory, 811 Lafayette Road, Hampton, NH 03842 with services immediately following in the funeral home. Relatives and friends are respectfully invited. In lieu of flowers, donations may be made to St. Jude Children’s Hospital by clicking here or by mail 501 St. Jude Place, Memphis, TN 38105.

Hampton Falls &#8211; Kenneth B. Sidoti 78, a Hampton Falls resident for the past 21 years, passed away peacefully on Tuesday, March 29, 2022. He was born on July 7, 1943 in Cleveland, OH the son of the late Salvatore and Susan (Ferranti)... View Obituary & Service Information

The family of Kenneth B. Sidoti created this Life Tributes page to make it easy to share your memories.

Send flowers to the Sidoti family.