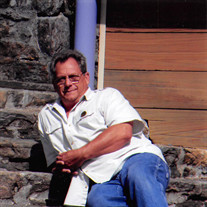 Hampton – Kevin B. Fischer, 67, of Hampton, passed away peacefully, Friday, March 10, 2017 at Merrimack Valley Hospice House in Haverhill, Mass., with his devoted wife and daughter by his bedside. He was born in Winchester, Mass., January 31, 1950 the son of the late Milton P. Fischer and Thelma I. (Hitchcock) Fischer Yarter. Kevin graduated from Wilmington, Mass High School with the Class of 1969 and then enlisted in the US Army serving two years and later served with the US Army Reserves. Kevin was employed as a heavy equipment operator and welder with Operating Engineers Local 4 retiring in 2015 with 42 years of service. He loved cars, hot rods and car shows. Over the years he restored a 1932 Willys, 1934 Ford coup, and was proud of his Chevrolet hot rod truck that he enjoyed chopping and working on. After his marriage, he made his home in Hampton and shared 32 years of marriage with his wife Gloria G. (Langlois) Fischer. In addition to his wife, he leaves his daughter, Sabrina Corey and her husband Chad of Newfields, two grandchildren, Gavyn and Autumn, his sister, Nala Campbell and her husband Allen of Palm Coast, Fla., his niece, Sara Gelfand and aunt, Eileen Thebeau of Wilmington, Mass. He was predeceased by his grandson, Austin, several aunts, uncles and cousins. Visiting hours will be from 2:30-4:30 P.M. Sunday, March 26, 2017 at the Remick & Gendron Funeral Home-Crematory, 811 Lafayette Road, Hampton. Services will immediately follow at 4:30 P.M. Relatives and friends are respectfully invited. If desired, donations may be made to Merrimack Valley Hospice House, 360 Merrimack Street, Lawrence, MA 01843 or go to http://www.homehealthfoundation.org/ .

Hampton &#8211; Kevin B. Fischer, 67, of Hampton, passed away peacefully, Friday, March 10, 2017 at Merrimack Valley Hospice House in Haverhill, Mass., with his devoted wife and daughter by his bedside. He was born in Winchester, Mass., January... View Obituary & Service Information

The family of Kevin B. Fischer created this Life Tributes page to make it easy to share your memories.

Hampton – Kevin B. Fischer, 67, of Hampton, passed away peacefully,...

Send flowers to the Fischer family.