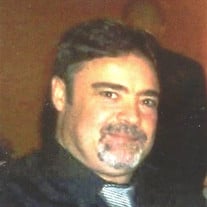 Plaistow – Kevin Foley, 55, of Plaistow, died Friday, June 30, 2017 at his home after a battle with cancer. He was born in Lowell, Mass., January 27, 1962 a son of Peter Foley of Pelham and the late Delores (Beaumont) Foley. Kevin was employed as a supervisor for Pexco in Plaistow the past 12 years and had made his home in Plaistow the past 17 years. He enjoyed both salt and fresh water fishing. In addition to his father, he leaves his wife Theresa E. (Gray) Foley of Plaistow, four children, Alicia Smith, Bryan Arsenault, Jill Torros and David Arsenault, his brother, Bruce Foley of Manchester, his father’s wife, Marilyn Foley, 13 grandchildren, four great grandchildren, aunts, uncles, nieces, nephews and cousins. He was predeceased by his brothers, Keith Foley his twin and Kenneth Foley. At Kevin’s request all services will be private. If desired, donations may be made to Rockingham VNA & Hospice, 137 Epping Road, Exeter, NH 03833. Arrangements are by the Remick & Gendron Funeral Home-Crematory, Hampton.

The family of Kevin Foley created this Life Tributes page to make it easy to share your memories.

Send flowers to the Foley family.