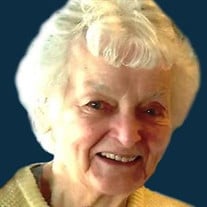 Portsmouth – Lillian G. O’Bryan, 88, of Portsmouth, died peacefully on Wednesday, November 29, 2017. She was born on January 7, 1929 in South Portland, ME, a daughter of the late Herbert C. and Lillian G. (Whitney) Ward. Raised in South Portland, she graduated from South Portland High School with the Class of 1947. Following graduation she married her late husband, Francis Patrick O’Bryan, who predeceased her in 1986. Together, they moved to Coxsackie, NY, where they raised their family. She made the Boston area her home since 1983. Mrs. O’Bryan devoted her life to raising her family, but later in life went to work as an office manager for L Grignaffini & Sons in Wellesley, MA, retiring in 2016 after more than 30 years. Lillian loved traveling the world and spending time with her family. She believed the greatest gift she could give her children was an education and was extremely proud that all her children received college degrees. She will truly be missed by all who knew her. Surviving family members include her children, David O’Bryan of Portsmouth, Kevin O’Bryan of Boca Raton, FL, Tara Venukrishnan of Boston, MA, Sean O’Bryan of San Diego, CA and Bridget O’Bryan-Alberts of Concord, MA; 11 grandchildren; 9 great grandchildren and several nieces and nephews. At Lillian’s request all services will be private.

The family of Lillian G. O'Bryan created this Life Tributes page to make it easy to share your memories.

Send flowers to the O'Bryan family.