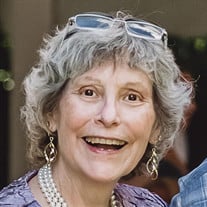 Greenland – Lizbeth Katherine Cummings, 72, of Greenland, passed away peacefully on Thursday, June 9, 2022 with beloved family at her side. Lizbeth was born on September 25, 1949 in Great Falls, MT, the daughter of the late, Leland R. and Kathren (Stark) Brennan. She shared over 51 years of marriage with her devoted husband, Charles H. Cummings, Jr. Being an Air Force family, the Brennan’s moved a number of times while Lizbeth was growing up. The family settled in Hampton and Lizbeth went on to earn her Bachelor’s Degree in History from UNH. While at UNH, she met and fell in love with Charlie and they were married in 1970. Charlie was an Army man and they lived in several locations, one of which being Washington, DC, where she began her career in civil service. Lizbeth worked as a contracting clerk at the Pentagon for the Defense Civil Preparedness Agency before she and Charlie returned to New England where she took a position at the Pease AFB Housing Office as a housing assistant. She was hired by the Pease Contracting Office, starting as a buyer, then branch head and eventually served as the base contracting officer. In 1990, Lizbeth was recognized as the Strategic Air Command Contracting Professional of the Year. She then took a position as Contracting Officer at the Portsmouth Naval Shipyard and retired from civil service in 2003. Not one to stay idle, Lizbeth went to work for the Town of Greenland. She loved Greenland and served her community faithfully doing whatever it took to improve her town. At one point, she served as acting Town Administrator and eventually retired as Financial Director after 17 years with the town. Lizbeth was a talented arts and crafts person who loved to knit, crochet, needlepoint, quilt and cross-stitch. She enjoyed her special skills and donated all her handcrafts to family, friends and several other agencies around the area including crafting prayer shawls for Portsmouth Regional Hospital. In addition to Charlie, Lizbeth leaves her sons, Charles H. Cummings III of Somersworth and Matthew J. Cummings and his wife, Cristina, of Dover and her brother Leland R. Brennan and his wife Sharon Rafferty of Hampton. Visiting hours will be from 5 to 7 PM on Tuesday, June 14 in the Remick & Gendron Funeral Home-Crematory, 811 Lafayette Road, Hampton. A graveside service will be held at 11 AM on Wednesday, June 15, 2022 at the Prospect Hill Cemetery in Greenland. In lieu of flowers, the family suggests donations by clicking here to the American Cancer Society

Greenland &#8211; Lizbeth Katherine Cummings, 72, of Greenland, passed away peacefully on Thursday, June 9, 2022 with beloved family at her side. Lizbeth was born on September 25, 1949 in Great Falls, MT, the daughter of the late, Leland R.... View Obituary & Service Information

The family of Lizbeth Katherine Cummings created this Life Tributes page to make it easy to share your memories.

Send flowers to the Cummings family.