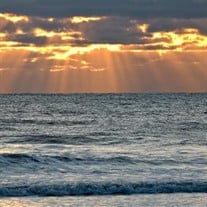 Fremont – Louise R. Calkins, 96, a former longtime resident of Hampton, passed away peacefully on Friday, May 20, 2016 at Colonial Poplin Nursing Home in Fremont. Louise was born November 15, 1919 in Reading, MA, a daughter of the late Clark and Florence (Ciani) Robinson. Louise was raised in Reading and was a graduate of Reading High. She attended St. Mary’s School in Wilmington, NC before enrolling at Boston University. She earned her Bachelor’s Degree in Education from BU in August 1942 and taught in the Reading School System. She met her beloved late husband, Robert D. Calkins, through a family member and the couple married in September of 1942. After a number of moves following Robert’s Army career, they returned to Reading to raise their family. Louise and Robert relocated to Hampton in 1957 and she took a teaching position in the Hampton Schools. Louise taught Kindergarten and Second Grade at Marston School and Center School until her retirement in 1977. She was a member of the Hampton Monday Club and the Hampton Senior Club and had written many articles that were published in the Portsmouth Herald. Family was her life and she adored her grandchildren and great grandchildren. Louise’s family and many friends and associates will miss her deeply. She is survived by her sons, Peter Calkins and his wife Judy of Exeter, Steven Calkins and his wife Melinda of Byfield, MA; her grandchildren, Brian Calkins of Newbury, MA, Robert Calkins and his wife, Courtney of Bedford, Kevin Calkins and his fiancée, Nicole Withrow of Bangor, ME, Adam Calkins and his wife Jody of Newmarket, Seth Calkins and his wife, Trish of Gunnison, CO and Rachel Cast and her husband, Josh of Nashua. She also leaves 9 great grandchildren many nieces, nephews and cousins. In addition to Robert, her beloved husband of over 66 years who died in 2009, Louise was predeceased by her brothers, Clark and James Robinson and her sister, Alice Clair. All services will be private. Louise will be interred next to Robert in the New Hampshire State Veterans Cemetery. In lieu of flowers, memorial donations may be made to Rockingham Nutrition and Meals on Wheels, c/o Hampton United Methodist Church, 525 Lafayette Rd., Hampton, NH 03842.

Fremont &#8211; Louise R. Calkins, 96, a former longtime resident of Hampton, passed away peacefully on Friday, May 20, 2016 at Colonial Poplin Nursing Home in Fremont. Louise was born November 15, 1919 in Reading, MA, a daughter of the late... View Obituary & Service Information

The family of Louise R. Calkins created this Life Tributes page to make it easy to share your memories.

Send flowers to the Calkins family.