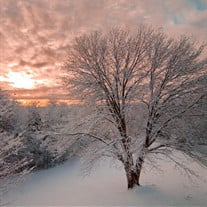 Dedham, MA – Luanna L. Waldron of Dedham, formerly of Hampton, NH, died peacefully on Friday, December 21, 2018 She was born on July 1, 1947 in Denver, CO, a daughter of the late Charles and Lillian (Bacher) Simonsen. Luanna was raised in Denver and had made her home in Portland, OR for many years. It was while living in Portland that she met her future husband, the late Arthur C. Waldron. She and Arthur were married in 1981 and traveled the world together including over 30 visits to Hawaii, her favorite destination. Luanna had worked as a travel consultant in Portland and continued her career in the travel industry when she and Arthur relocated to Hampton in 1986. Luanna had worked for Posh Travel, Stratham Travel and Exeter Travel before leaving the industry after 33 years. After Arthur’s death in 2004, Luanna moved to Massachusetts and worked at New England Baptist Hospital for 11 years before retiring in 2015. Surviving family members include her bother, Curtis Simonsen; several cousins, nieces and nephews; her special kitty cat, Miss Emma Rose and puppy, Maggie Lou and many friends and associates. She will be sadly missed by all who knew and loved her. In addition to her parents and husband, she was predeceased by her brother, Charles Simonsen. A graveside service will be held at 11 am on Monday, December 31, 2018 in the High Street Cemetery, Hampton. In lieu of flowers, memorial donations may be made to the American Cancer Society, P.O. Box 22478, Oklahoma City, OK 73123.

The family of Luanna L. Waldron created this Life Tributes page to make it easy to share your memories.

Send flowers to the Waldron family.