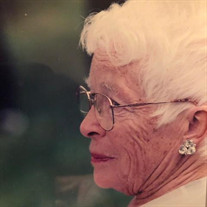 Rye, NH - Mabel Evelyn Stickney died on September 11, 2019, at the age of 88. Mabel was born in March 1931 to William and Ruth (Jenkins) Glavin and raised in Warner, New Hampshire. She lived much of her early life in and near Concord, NH with her parents and three sisters before attending Concord High School and then Schauffler College in Ohio. She married Clifton H. Stickney, Jr., a high school classmate, and spent the next twenty years in a U.S. Air Force family, living in New Hampshire, New York, Kansas, Texas, and Okinawa, Japan. After the Air Force and moving in 1969 to Greenland, NH, Mabel worked for many years as an industrious civil service employee at the Portsmouth Naval Shipyard, where her typing skills are still legendary. She also obtained her Associates Degree at the University of New Hampshire and substitute taught at the Greenland Central School. Her husband Cliff passed away in 1996. Mabel’s sisters, Ann Grobe of Plainfield, NH, and Gerry Wing of Small Point, Maine, carry on her spirit of independence, irreverence, and humor. She was pre-deceased by her sister Myrtle in early childhood and her cherished sister Jean Leavitt. She also leaves two sons and their wives, Mark Stickney and Jayne of Hendersonville, NC; Kevin Stickney and Michelle of Stratham, NH; six wonderful grandchildren – Jaclyn (and husband Ben), Janelle (and husband James), Conor (and wife Alisa), Jason, Dylan (and wife Alex), and Jaida Mei; seven great-grandchildren – Brayden, Kaleb, William, Bryce, Brooke, Keegan, and Madeline; her timeless brother-in-law Donald Leavitt; and many dearly loved nephews and nieces throughout New England and the Northeast. Mabel was a devoted mother and grandmother and remained active and athletic throughout her life, enjoying tennis, cross-country skiing, snowshoeing, hiking, skating, and bike riding. She is well known in the Seacoast for her merciless overhead net smashes and perennial last place finishes in Greenland road races. She was a long-time member of the Greenland Women’s Guild and Community Congregational Church. Her family and friends will miss her ever-ready smile and unlimited generosity. Thanks go to the capable and caring professionals of Evolve at Rye, where Mabel lived for most of her last decade. A remembrance of life celebration is planned with friends and family in the near future.

Rye, NH - Mabel Evelyn Stickney died on September 11, 2019, at the age of 88. Mabel was born in March 1931 to William and Ruth (Jenkins) Glavin and raised in Warner, New Hampshire. She lived much of her early life in and near Concord, NH... View Obituary & Service Information

The family of Mabel Evelyn Stickney created this Life Tributes page to make it easy to share your memories.

Send flowers to the Stickney family.