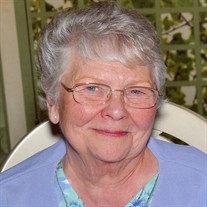 Seabrook – Margaret B. “Peg” Weare, 75, of Seabrook, died March 28, 2016 at Exeter Hospital after a period of failing health. Her son, Albert N. Weare died suddenly, March 21, 2016 also at Exeter Hospital. She was born March 1, 1941 in Newburyport, MA a daughter of the late Hugh N.A. and Bernice R. (Chick) Weir. Peg graduated from Newburyport High School with the Class of 1958 where she participated as a majorette. She kept a lifelong friendship with her classmates having monthly luncheons and serving on the high school reunion committee. She served the town of Seabrook as assistant building inspector, assistant appraiser and retired as secretary of the Department of Public Works in 2006 with 30 years of service. Peg enjoyed her vacation cruises with family and friends and in her earlier years was active with the Seabrook Fireman’s Auxiliary. She shared 57 years of marriage with her husband E. Albert Weare. In addition her husband, she leaves her children, Alexander Weare, Tina Weare both of Seabrook, Marcell Weare of Dover, three grandchildren, several nieces and nephews. In addition to her son, she was predeceased by her brother, Hugh Weir and her sister, Janet Shaw. Visiting hours for Peg and her son Albert will be from 2-5 P.M. Sunday, April 3, 2016 in the Remick & Gendron Funeral Home-Crematory, 811 Lafayette Road, Hampton. Graveside services will be held at 11 A.M. Monday, April 4, 2016 in the Hillside Cemetery, Seabrook. Relatives and friends are respectfully invited. Family flowers only. If desired, donations may be to the Seabrook Community Table, 18 Boynton Lane, Seabrook, NH 03874 or to a charity of one’s choice.

The family of Margaret B. Weare created this Life Tributes page to make it easy to share your memories.