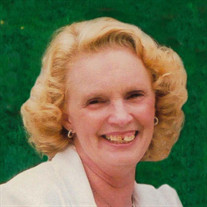 Stratham, NH – Marguerite J. “Marge” Kardoose, 75, of Stratham and formerly of Huntsville, Alabama, passed away peacefully at her home on Saturday, January 29, 2022. Her loving husband Nick and loving son Peter were at her bedside. Marge was born in Mobile, AL on November 8, 1946, a daughter of the late Waldo E. Austin and Wilmot O’Connor. Marge was raised in Huntsville, AL. She was living in Rhode Island when she met Nick at a dance club in 2001. They got married in 2004 and moved to Stratham in 2012. She worked for Citizen’s Bank in Rhode Island for many years and then at the Greenland Lowe’s after moving to NH. She was a devoted wife and a fantastic cook. Marge loved her home and was a meticulous housekeeper. When she laughed, it was infectious and soon everyone around her was laughing as well. In her younger days, she enjoyed roller skating and dancing. In addition to her husband Nick, Marge leaves her son, Peter Norman and wife Karyn of Attleboro, MA, her stepchildren, Nicholas Kardoose and wife Kristen of Whitman, MA and Karen LeBlanc and husband James of Plymouth, MA. She also leaves her brothers; Waldo Austin Jr., Bill Austin and wife Judy and Chris Austin and wife Connie, her sisters, Charlotte Ball and husband Hugh and Zoe Kuschel and husband Gregg and her grandchildren; Tyler, Kyle, Evan, Ryan, Adam, Lindsey, Jenna, Nicholas and David and her great granddaughter, Avah. A funeral Mass will be held at St. Joseph's Church, 550 Washington St. Quincy, MA on February 19, 2022 at 10:00 am.

The family of Marguerite J. Kardoose created this Life Tributes page to make it easy to share your memories.

Send flowers to the Kardoose family.