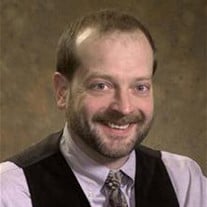 Mark W. Jackson BSc, DVM, PhD, DACVIM, MRCVS, of Raymond, NH formerly of Torrance, Glasgow Scotland, died peacefully on Saturday, August 20th, 2016. Dr. Mark Jackson, was born in Lancaster, Wisconsin June 8, 1961. He graduated from Lancaster High School 1979. Mark received his DVM from the University of Wisconsin-Madison in 87. After 2 years in general practice he returned to the UW where he completed an Internal Medicine residency, a residency in Clinical Nutrition and a PhD in human clinical nutrition. He taught Internal Medicine and Clinical Nutrition at UW, then the University of Bristol, England for two years and then joined the faculty at North Carolina State University for 7 years. In 2006, Mark joined the Internal Medicine team at the University of Glasgow as the FAB Hill‘s Lecturer in Feline Health and Welfare. He was a member of the American Veterinary Medical Association and the Royal College of Veterinary Surgeons. Mark was passionate about the outdoors and loved the changing of the seasons. Mark was previously on the faculty at the University of Bristol, North Carolina State University and the University of Glasgow. He was a practicing clinician who specialized in small animal internal medicine, He is survived by his former wife, Dr. Hilary Jackson, children, Euan and Sophie in Scotland; mother, Julie Jackson of Ocala, FL; his brothers Dr. Greg (Peggy) Jackson of Loyal, WI; Dave Jackson, Colchester, VT; Jeff (Ismenia) Jackson of East Greenwich, RI. He is also survived by many nieces & nephews. He was predeceased by his father, Dr. Robert Jackson. A private memorial service will be held at a later date.