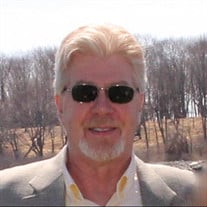 Hampton – Mark E. Robinson, 62, of Hampton, died peacefully surrounded by his loving family and beloved pets, Gigi & Benji by his side. He was born on December 4, 1954 in Springfield, MA, the son of the late Edward Robinson and Marjorie (Fortini) Robinson. As a young child Mark lived in Germany with his family and traveled throughout Europe. He returned to Southwick, MA in his early teens where he attended local schools. He received his bachelor’s degree from the University of Massachusetts at Amherst and his Master’s of Education degree from Cambridge College. He dedicated his life’s work to helping people. A licensed Clinical Therapist (LCMHC) Mark’s life’s work was helping people with drug and alcohol abuse and other emotional issues. He was a licensed Counselor of Alcohol and Drug Abuse (CADAC and LADC in both NH & MA) and helped numerous young adults turn their lives around. He will be missed by many. He made his home in Hampton since 2000 coming from Southwick, MA. He was an avid New England sports and UMass football fan. His favorite team of all was the San Francisco Giants and he had the opportunity to see them win the World Series in 2014 in San Francisco. He shared 18 years with his beloved wife, Patti (Markevitch) Visconte Robinson. In addition to his wife, he leaves two stepchildren: Cristina Visconte Parsons and her husband Ryan of Somerville, MA, and Ricky Visconte, his wife Caitlyn and their daughter (his beloved granddaughter) Mia of Melrose, MA. A visiting hour will be held at 2 PM Saturday, July 29th at the Remick & Gendron Funeral Home-Crematory, 811 Lafayette Road, Hampton immediately followed by a memorial service at 3 PM in the funeral home. Friends are respectfully invited. In lieu of flowers, donations may be made to St. Jude Children’s Research Hospital, 501 St Jude Place, Memphis, TN 38105 www.stjude.org/Donate or the Cocheco Valley Humane Society, 262 County Farm Rd, Dover, NH 03820 www.cvhsonline.org.

Hampton &#8211; Mark E. Robinson, 62, of Hampton, died peacefully surrounded by his loving family and beloved pets, Gigi & Benji by his side. He was born on December 4, 1954 in Springfield, MA, the son of the late Edward Robinson and Marjorie... View Obituary & Service Information

The family of Mark E. Robinson created this Life Tributes page to make it easy to share your memories.