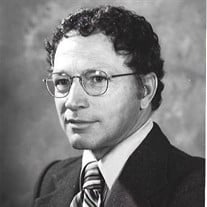 New Castle, NH — Martin P. “Marty” Turmelle, 85, of New Castle, passed away peacefully on October 7, 2019 at his home with family by his side. He was born on September 11, 1934 in Somersworth, NH, son of the late Raymond and Rose (Rouleau) Turmelle. Marty graduated from Somersworth High School in 1952, receiving All-State honors on the football team and placing third in discus at the NH Class C Track and Field Championship. He continued his education over the next four years in the General Electric apprentice program as a tool and machine designer, then earned a B.S. in Electrical Engineering from the University of New Hampshire, graduating cum laude with the class of 1958. He was a member of the New Hampshire National Guard. He also attended the Public Utility Executive Program at the University of Michigan in 1979. Marty joined Public Service of NH in 1958 as assistant engineer and continued his career in several management and executive positions with the company over the next 35 years. He married the former Denny O’Malley, his high school sweetheart and together they lived in Somersworth, Nashua, North Hampton, Keene, Laconia and Manchester before retiring from the company in 1990. Following his retirement, Marty and Denny owned and operated The Shiverick Inn in Edgartown, MA (Martha’s Vineyard) for 9 years. They returned to New Hampshire in 2000, and have made their home in New Castle for the past 18 years. Over the course of his career Marty was active in a variety of civic organizations in many towns and cities across the state, including The United Way of NH, Kiwanis Club, Rotary Club, and the NH Chapter of the Red Cross. He served as chairman of the NH division of IEEE from 1964-65, and president of the Farnum Center in Manchester, NH. In addition to his wife, Denny, Marty leaves three sons: Timothy Turmelle and his wife Karin (McAleenan), Michael Turmelle and his wife Molly (Malloy), all of Stratham, and Tracy Turmelle and his wife Barbara (Rohan), of Bedford. Their “Marty” will also be greatly missed by his eight grandchildren: Catlyn (James Piercy) of Lake Tahoe, CA, Emily (Sam Sheehan) of Salisbury, VT, Erin Turmelle of Manchester, NH, Casey (Patricia Monaco), Lilly and Sophie Turmelle all of Stratham, Cory Turmelle of Washington, D.C. and Connor Turmelle of Nashua, NH. He also leaves a brother, Roger Turmelle and his wife Hazel, of Strafford, five great grandchildren: Cooper, Sadie, Quinn, Olive, and Lou, and several nieces and nephews. He is preceded in death by siblings Jeannine Austin, Conrad, Gerald and Valmore Turmelle. The family would especially like to thank the exceptional staff at the Rockingham County Visiting Nurses and Hospice groups. Their constant support and compassion over these last months of Marty’s illness will always be remembered and appreciated. Visiting hours will be from 6-8 P.M. on Thursday, November 7th at the Remick & Gendron Funeral Home-Crematory, 811 Lafayette Rd., Hampton, NH. A mass of Christian burial will be celebrated on Friday, November 8th at 11:00 A.M. at St. Theresa Church, 815 Central Road, Rye Beach. Relatives and friends are respectfully invited. In lieu of traditional remembrances, donations may be made to the American Diabetes Association 2451 Crystal Drive, Suite 900, Arlington, VA 22202.

The family of Martin P. Turmelle created this Life Tributes page to make it easy to share your memories.

Send flowers to the Turmelle family.