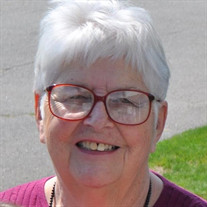 North Hampton – Mary Katherine (Carter) “Kay” Brindamour, 83, of North Hampton, died Thursday, September 2, 2021 at her home with family by her side. She was born in Newburyport, MA May 28, 1938 a daughter of the late Edward J. and Mary (Bresnahan) Carter. Kay shared 57 years of marriage with her husband and best friend, the late Charles P. Brindamour, Jr. who predeceased her October 29, 2020. Kay was raised in Newburyport and graduated from Newburyport High School with the Class of 1956. In 1961 she graduated from the former Peter Bent Brigham Hospital School of Nursing as a Registered Nurse. She was employed at Exeter Hospital for over 30 years, retiring in 1999. Kay and her husband Charles operated the Kenmore Restaurant on Hampton Beach for many years. In recent times, she and Charles spent many hours doing “their job”, driving through Hampton beach. Kay and Charles enjoyed attending the weekly summer concert series at the North Hampton Bandstand, and were season ticket holders at the Ogunquit Playhouse. Kay and Charles loved to attend musical performances by their children throughout the years at Winnacunnet High School, UNH and many other venues. They chaperoned many of the WHS band trips and found lifelong friendships with many of the band parents. Kay was the quintessential “Memere”. Whether they were playing in the pool, blowing bubbles, making snowmen or doing puzzles together, Isaiah, Boston, Laurel, and Joseph always knew they could count on Memere for fun and joyful memories. Kay was active in a number of organizations including the Lionesses, the Visiting Nurses Association, Girl Scouts as a Brownie Leader, Winnacunnet High School Band Boosters, and loved working at the Town of North Hampton polls. Kay was an avid sports fan, especially the Red Sox and UNH Hockey, and enjoyed watching Patriots football, Bruins Hockey and PGA Golf. She leaves three children, Mary Jane Brindamour of South Yarmouth, MA, Charles P. “Chip” Brindamour, III and his wife Edith LaFrance-Brindamour of Rye, Michael Brindamour and his wife Emily of East Kingston, four grandchildren, Joseph, Isaiah, Boston and Laurel, her brother Edward Carter and his wife Lynne of Merrimack, MA, and several nieces and nephews. In addition to her husband and parents, she was predeceased by her sister Jane Flansburg. Visiting hours will be from 4-6 P.M. Wednesday, September 8, 2021 at the Remick & Gendron Funeral Home-Crematory, 811 Lafayette Road, Hampton. Services will be held at 11 A.M. Thursday, September 9, 2021 in the funeral home. Relatives and friends are respectfully invited. Memorial donations may be made to the Friends of the North Hampton Bandstand, P.O. Box 3, North Hampton, NH 03862.

The family of Mary "Kay" Brindamour created this Life Tributes page to make it easy to share your memories.

Send flowers to the Brindamour family.