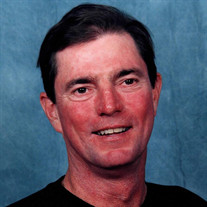 Seabrook- Matthew James McCabe, 58, of Seabrook, passed away Monday, May 25, 2020 at Anna Jaques Hospital in Newburyport, MA after a period of failing health. Born in Cambridge, MA. on June 17th, 1961, the son of Joseph E. McCabe, and the late Lillian H. (Keiley) McCabe. Matthew was raised in Winchester, MA. along with his four siblings, sister Isabelle, and brothers Joseph Jr., John, and Robert McCabe. He graduated from Malden Catholic High School with the Class of 1980. He was a proud veteran, serving four years with the United States Navy. Matt was employed as a signalman supervisor with B&M Railroad, succeeded by Amtrak and later Keolis. He retired in 2016 with 33 years of service. Matty was a family man and loved spending time with his family and friends. He was extremely proud of his two daughters and loved teaching them about everything he knew. He was famous for his witty comments, humorous jokes, and giving people close to his heart unique nicknames that always seemed to stick. He spent his summer’s growing up at his family’s beach house in Humarock, MA., making the beach his second home. Growing up next to the water, he became an expert at waterskiing, boating, and his personal favorite, fishing. He was always up early in the morning to cast his line, and was always followed by his nephew and later, his daughters. Matty enjoyed camping with his family and friends, and was a die-hard New England Patriots fan. He was very artistic, outgoing, and personable. He could hold a conversation with anyone about anything, and had the most amazing stories. Matthew married Melissa A. (Lord) McCabe on September 16th, 1995 at Saint Joseph's Church in Amesbury MA. in which he shared 24 1/2 years with. In addition to his wife, he leaves his twin daughters, Kelly and Morgan McCabe of Seabrook. Also left to cherish his memory, is his father Joseph E. McCabe of Woburn, MA, his brother Robert McCabe with wife Lucille and goddaughter Molly McCabe and nephew Robert McCabe, his sister Isabelle McCabe and partner Stephen Gentille of Hampton Beach, NH, his brothers, Joseph McCabe with wife Victoria McCabe of Cohasset, MA. and nieces Melanie Roake and Aislinn McCabe, his brother John McCabe with wife Lisa McCabe of Woburn, MA and nephew John McCabe Jr with wife Nicole McCabe, niece Jenifer McCabe, and nephew Gino McCabe, and several great nieces and nephews. Private services will be held at the convenience of the family during this time. Arrangements are by the Remick & Gendron Funeral Home-Crematory, Hampton.

Seabrook- Matthew James McCabe, 58, of Seabrook, passed away Monday, May 25, 2020 at Anna Jaques Hospital in Newburyport, MA after a period of failing health. Born in Cambridge, MA. on June 17th, 1961, the son of Joseph E. McCabe, and the... View Obituary & Service Information

The family of Matthew J. McCabe created this Life Tributes page to make it easy to share your memories.

Send flowers to the McCabe family.