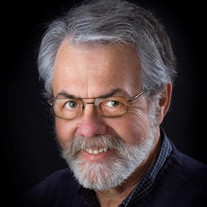 Michael F. Bisceglia, Jr. Hampton – Michael Francis Bisceglia, Jr., 68, of Hampton, passed away suddenly on Friday, April 8, 2016 at his home. He was born October 13, 1947 in Worcester, MA, a son of the late Michael and Mary (Donohue) Bisceglia, Sr. Michael was raised in Worcester. He earned his Associate’s Degree at Quinsigamond Community College in Worcester before receiving his Bachelor’s Degree from McPherson College in McPherson, KS. He served as Class Agent for McPherson College until the time of his death. He went on to earn Master’s Degrees from the University of Massachusetts Amherst and the University of Nevada, Reno. Michael was teaching diversely disabled students with the Las Vegas School System when he met his wife, Janet (Galbraith) Bisceglia. Janet was teaching business and computers two classrooms down from Michael; they fell in love and were married in September of 2000. As a young man, Michael spent many summers at Hampton Beach, which he referred to as “his year-round Disneyland”. He loved New England and was delighted to retire in Hampton 11 years ago. An accomplished author, Michael has written and published four books. He wrote Border Storm, Room 600, Gaelic and Garlic, and most recently published My New England. His latest work, Brewster the Flying Moose, is a children’s book currently in illustration and due to be published this year. Michael also wrote “As Told To” stories including To Walk with My Brother for Evelyn Thornton and Insatiable for Marc Siegel. He was a frequent contributor to both the Hampton Union and Seacoast Scene newspapers. His many human interest stories were enjoyed by thousands of local readers. Michael was a concerned and caring man. He donated platelets every other week to the American Red Cross of Manchester and also volunteered on Mondays at the Partridge House healthcare facility in Hampton. He was a devout and faithful communicant of Our Lady of the Miraculous Medal Church in Hampton. In addition to his beloved wife, Janet, Michael leaves sons, Michael Bisceglia, III and his wife Carissa of Las Vegas, Sergio Bisceglia of Corpus Christi, TX and Christopher Bisceglia and his wife, Alexandria of Las Vegas; his stepson Bradley Kallsen of Las Vegas and his stepdaughter, Lindsey Shoemaker and her husband, Jared of Reno, NV. He also leaves his grandchildren, Mikayla, Taylor, Eli and Emilee. He was predeceased by his parents and his brother, David. Visiting hours will be from 5 to 8 pm on Wednesday, April 13, 2016 in the Remick & Gendron Funeral Home - Crematory, 811 Lafayette Rd., Hampton. A Mass of Christian Burial will be celebrated at 11 am on Thursday at Our Lady of the Miraculous Medal, 289 Lafayette Rd., Hampton. Family and friends are respectfully invited. Burial will be private. In lieu of flowers, memorial donations may be made to the American Red Cross Manchester Chapter Apheresis Division or S.P.C.A. in Stratham. Please visit www.RemickGendron.com to view Michaels’s memorial website, to sign his tribute wall or for directions.

The family of Michael F. Bisceglia, Jr. created this Life Tributes page to make it easy to share your memories.

Send flowers to the Bisceglia family.