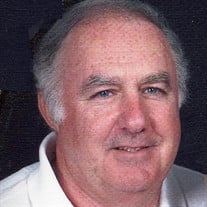 Portsmouth, NH – Michael Callahan, 68, of Portsmouth, formerly of North Hampton, died peacefully surround by family Sunday, January 10, 2016 at his home. He was born December 13, 1947 in Lowell, MA a son of the late John R. Callahan Sr., a retired Lowell Police Sergeant and Rita (Bell) Callahan, and survived by his step mother Beatrice Callahan of Lowell. He was a graduate of Lowell High School, Class of 1961. Following high school Michael enlisted in the United States Navy, where he proudly served 4 years. He then started his career as an electrician and later a dispatcher for National Grid before retiring in 2004. He also worked a number of years at the Seabrook Power Plant. Michael enjoyed wood working, making stain glass and was an avid golfer. Most of all he loved spending time with his family and friends at his Gilford home in Lake Shore Park on Lake Winnipesauke. He shared 43 years of marriage with his wife Dianne (Perron) Callahan of North Hampton. In addition to his step mother family members include his children, Michael Callahan of Goffstown, Corinne Rita Callahan and her husband John Roberto of Greenland, Nadine Rugg and her husband Derek of Newfields, Stephen Callahan and his wife Jennifer of Biddeford, ME, Robert Callahan of North Hampton; grandchildren, Hunter, Cameron, Carmen, Caden, Desmond and Landon. Also survived by his brothers, James, John, Richard, Kerry, Patrick and David Callahan; sisters, Rayma Cunha, Candice Connor, Donna Tourville, Diana Coats, Linda Regan; as well as many nieces and nephews. In addition to his father and mother he was predeceased by his sister Toni Harman and brother Scott Callahan. Visiting hours will be from 4-7 PM Thursday, January 14, 2016 at the Remick & Gendron Funeral Home-Crematory, 811 Lafayette Road, Hampton. A Mass of Christian Burial will be celebrated at 10 AM on Friday, January 15, 2016 in St. Theresa Church, 815 Central Road, Rye Beach. Burial will follow in the Center Cemetery, North Hampton. Relatives and friends are respectfully invited. The family requests donations to the Pease Greeters, PO Box 22311, Portsmouth, NH 03802.

The family of Michael Callahan created this Life Tributes page to make it easy to share your memories.

Send flowers to the Callahan family.