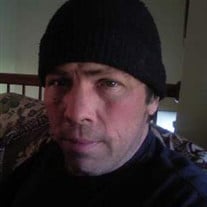 Methuen, MA – Michael S. Corbally, 51, of Methuen, formerly of Seabrook, NH, died April 5, 2017. He was born April 15, 1965 in Lynn, Massachusetts. He attended Newburyport High School and later graduated from Whittier Vocational Technical High School in Haverhill. Michael was a veteran serving with the US Army and Army Reserve National Guard. He was employed as a welder for Munters Corporation in Amesbury for many years. He enjoyed flying his radio controlled model airplanes. He leaves his son, Michael J. Corbally and the mother of his son, Michelle Corbally both of Seabrook, NH, two brothers, Steven Corbally and, Patrick McGovern and his sister, Cheryl Angelo. He also leaves his nieces, Krysta and Stephanie Angelo, Gina and Rachel McGovern, as well as his nephews Brian McGovern and Scott Angelo. Services will be held at 4 P.M. Wednesday, April 12, 2017 at the Remick & Gendron Funeral Home-Crematory, 811 Lafayette Road, Hampton, NH. Relatives and friends are respectfully invited. If desired donations may be made to the American Cancer Society, PO Box 22478, Oklahoma City, OK 73123 or go to donate.cancer.org/‎.

The family of Michael S. Corbally created this Life Tributes page to make it easy to share your memories.

Send flowers to the Corbally family.