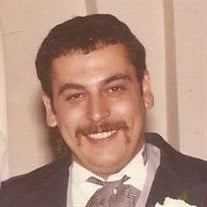 Exeter – Michael D. O’Donnell, 61, of Exeter, died at his home on Monday, June 4, 2018 surrounded by his loving family after a courageous battle with brain cancer. He was born in Dorchester, MA on August 8, 1956, the son of Joan (Carney) O’Donnell of Hampton and the late Edward J. O’Donnell Jr. Michael graduated from Bishop O’Connell High School in Arlington, VA. He then attended his father’s alma mater school, Merrimack College and graduated with a B.S in Psychology in 1978. Mike later went on to receive his M.S. Mental Health Counseling with a specialty in Eating Disorders from New England College in 2001. Upon college graduation, he operated an Irish import store in Manchester, NH. He then started his career as a mental health counselor working with children, teens and adults and took immense pride in caring for them. After many years, he left the mental health field and operated his own farm stand, where he was well known as "The Corn King". He had a genuine love for people, and left a heartfelt impact on everyone he met. His spirit is difficult to put into words, but all who knew him felt it. There were three things he loved most, his music, food and above all his family. He was a naturally gifted drummer and performed with many different bands of different genres throughout his life, most notably the Jabbers. Mike knew where to find the best food, in possibly the worst places. His children and grandchildren were the pride and joy of his life. The legacy of his spirit, passion for music and zest for life will live on through them. His loss will be felt far and wide. In addition to his mother, he leaves behind his beloved wife of 35 years Eileen (Knowlton) O’Donnell of Exeter; children, son, Edward O’Donnell III and his wife, Kyra O’Donnell of Exeter, NH; daughter, Kathleen Trowell and her husband, Ian Trowell, of North Hampton, Michael O’Donnell and Cara Hoey of Winthrop, MA and Mary O’Donnell and boyfriend Rhett Bluni of Exeter, NH; sister, Joan Booth and her husband Jeffrey Booth of Newfields, NH and sister, Mary O’Donnell and partner, Brenda Wiswell, of West Barnstead, NH; grandchildren, Quintin and Emery Trowell and many nieces, nephews and cousins. Visiting hours will be from 4 - 7 PM Friday, June 8, 2018 at the Remick & Gendron Funeral Home-Crematory, 811 Lafayette Road, Hampton. A prayer service will be held at 2 PM Saturday, June 9, 2018 at the funeral home. Relatives and friends are respectfully invited. In lieu of flowers, donations may be made to Camp Sunshine, 35 Acadia Road, Casco, ME 04015.

The family of Michael D. O'Donnell created this Life Tributes page to make it easy to share your memories.

Send flowers to the O'Donnell family.