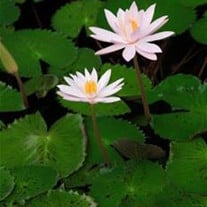 Hampton Falls – Miriam F. Perkins, 88, of Hampton Falls, died Friday, May 31, 2019 at Clipper Harbor in Portsmouth She was born in Newburyport, MA November 11, 1930, a daughter of the late Ernest and Sadie (Johnson) Felch. Miriam was raised in Seabrook. She relocated to Hampton Falls to raise her family and remained in the same home until she became a resident at Clipper Harbor. She worked as an assistant treasurer for Newburyport Five Cent Savings Bank until her retirement. Miriam was a great cook and loved preparing meals for her family. She will be dearly missed by all who knew and loved her. Family members include her son, Mark Perkins and his wife Jessica of Hampton Falls, her daughters, Sharada Allen and her husband Jon of Hampton Falls, Lucy Palmer and her husband Bill of Hampton, her sister, Teresa Hay of Hampton Falls and her five grandchildren, Jamie and Maggie Chun Allen, Mathew Allen and his partner Heather Lowery, Ashlee Palmer Langsten and her husband Chris, and Griffin and Nolan Perkins. She also leaved behind two great granddaughters, Avery Louise Langsten and Hailey Marie Allen, and a great grandson, Oliver Ho-Jun Allen In addition to her parents Miriam was predeceased by her sisters, Mable Moriarty, Eleanor Sturgis, Belva Pinkham and her brothers, Eddie and Avery Felch. A special thank you to the staff at Clipper Harbor for all the care she received and to Compassus for their help while she was in hospice. At Miriam’s request, all services will be private. If desired, donations may be made to a charity of one’s choice. Arrangements are by the Remick and Gendron Funeral Home - Crematory, Hampton.

Hampton Falls &#8211; Miriam F. Perkins, 88, of Hampton Falls, died Friday, May 31, 2019 at Clipper Harbor in Portsmouth She was born in Newburyport, MA November 11, 1930, a daughter of the late Ernest and Sadie (Johnson) Felch. Miriam was... View Obituary & Service Information

The family of Miriam F. Perkins created this Life Tributes page to make it easy to share your memories.