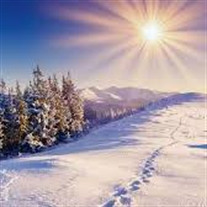 Hampton – Natalie A. McCarthy, 94, of Hampton, passed peacefully on Thursday, January 26, 2017, surrounded by family at Anna Jaques Hospital in Newburyport, MA. She was born in Lancaster on August 5, 1922 a daughter of the late James and Mary Louise (Emerson) Blodgett. Raised in Lancaster she graduated from Strafford High School with the Class of 1940. She worked as the dietician at the Anna Jaques Hospital in Newburyport for 14 years and later as an assembly worker on printed circuits for the former Microfab and Eastern Manufacturing of Amesbury, MA for many years. She resided in Hampton since 1987 coming from Newburyport and was a member of the Women’s Auxiliary of the Raymond E. Walton American Legion Post 70 of Seabrook. She was the wife of the late Robert J. McCarthy who died in 2002. Family members include her son, Darrell Dumas and his wife Donna of Hampton, her daughter, Sandra Rogers and her husband Al Weckbacher of Plum Island, MA, three grandchildren and five great grandchildren. In addition to her parents and husband she was predeceased by her first husband Henry L. Dumas who died in 1970, her sister, Christine Horst and her brother Lawrence Blodgett. Visitation will be held from 10 to 11 AM on Tuesday, January 31, 2017 in the Remick & Gendron Funeral Home - Crematory, 811 Lafayette Road, Hampton. A prayer service will immediately follow at 11 AM in the funeral home. Burial will be private. In lieu of flowers, donations may be made to Seaside Elderly Day-out Center, 441 Rear Lafayette Road, Hampton, NH 03842.

Hampton &#8211; Natalie A. McCarthy, 94, of Hampton, passed peacefully on Thursday, January 26, 2017, surrounded by family at Anna Jaques Hospital in Newburyport, MA. She was born in Lancaster on August 5, 1922 a daughter of the late James... View Obituary & Service Information

The family of Natalie A. McCarthy created this Life Tributes page to make it easy to share your memories.

Send flowers to the McCarthy family.