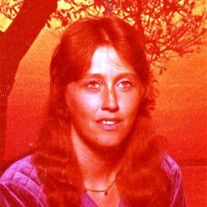 Seabrook – Nellie M. “Honey” Brown, 66, of Seabrook, died Wednesday, June 1, 2016 at her home after a brief illness. She was born December 25, 1949 in Newburyport, Mass., a daughter of the late Carrie (Perkins) L’Heureux and the late Paul Bradley, Sr. Honey attended Winnacunnet High School and later was employed in the shellfish business working for the local clam houses in Seabrook including Merrill’s and Souther’s. She also worked for Brown’s Lobster Pound and at the former Yankee Greyhound dog track. She enjoyed spending the past 15 winters at her home in Cape Coral, FL and the summers at her home in Seabrook. Her hobbies included painting, listening to music, and mornings poolside drinking coffee with her husband. Her grandchildren and great-grandchildren brought her the most enjoyment. She shared 32 years of marriage with her husband Maxie D. Brown. In addition to her husband, family members include five children, Jeffrey Brown and his wife Melba of Seabrook, Tammy Parks and husband Claude of Middleburg, FL, Yvonne Colin and fiancé John Levins, Yvette Bradley, Roger “Mimi” Kelley and wife Beth all of Seabrook, 10 grandchildren, 7 great grandchildren, 3 brothers, Paul Bradley, Jr., of Seabrook, Danny Bradley of Las Vegas, NV, Michael Bradley of South Dakota, her lifelong best friend Lillian “Lil” Vail, and several nieces and nephews. She was predeceased by her sister, Delores Markos and her grandson, Robert A. “Lil Robby” Moore, Jr. Visiting hours will be from 3-6 P.M. Saturday, June 4, 2016 at the Remick & Gendron Funeral Home-Crematory, 811 Lafayette Road, Hampton. After cremation, private burial will be in the Wildwood Cemetery, Seabrook. In lieu of flowers donations may be made to Shriner’s Hospitals for Children, 51 Blossom Street, Boston, MA 02114 or go to www.shrinershospitalsforchildren.org/boston.

The family of Nellie "Honey" Brown created this Life Tributes page to make it easy to share your memories.