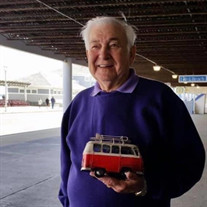 Seabrook – Norman Ellesworth Woodward Jr., 87, of West Bridgewater Massachusetts took his last breaths holding his Daughter Judith Chagnon’s hand on Tuesday, February 1st 2022. After a lengthy illness. Norman was born on May 4th, 1934, in Taunton, Massachusetts. Norman grew up In Dighton Massachusetts. After graduating high school, he then joined the United States Airforce in 1951 where he served as an airman 4th class for four years. After serving 4 years in the Airforce, Norman re-enlisted in the Army National Guard for an additional four years. After serving in the Military Norman worked as a buffer at Reed & Barton retiring after 46 long years. Norman was the type of man who always had to be on the go. Shortly after retiring from Reed & Barton he took on a part time job as a custodian for the Taunton school district to keep his time occupied. Norman had many important tiles in his life; he was a devoted father, grandfather, great grandfather. He enjoyed nothing more than spending time with the ones he loved most, especially in his last few months being sure to make memories that will be cherished forever. Norman enjoyed his last years of life with his lifelong partner Diane Hearly who he thought the world of. He was often found spending time at the senior center gardening. On the weekends you could find him golfing or attending local Meat raffles with a cold miller lite in his hand surrounded by many friends. He is survived by his lifelong partner, Diane Healy; his daughters, Judith Chagnon and her husband Clement, Cynthia Souza and her lifelong partner Joseph Zinni; sons, Robert Woods and his wife Joan and Norman Woodward III, his first wife Jennifer Woodward and current wife Anna; one sister, Gail Rivers and her husband Bob; grandchildren, Jon, Ashley, Alexis, Brent, Colby, Emma and great grandchildren, Anieceya, PaisleyJo, Dante, Justin, Luca. Predeceased by his wife Margart and granddaughter April. All services will be private.

The family of Norman E. Woodward Jr. created this Life Tributes page to make it easy to share your memories.

Send flowers to the Woodward family.