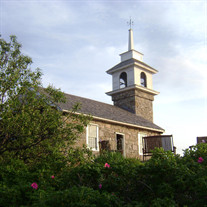 Seabrook - P. Richard Bilodeau, 81, of Seabrook and formerly of South Lawrence, MA died on Sunday, Christmas Day, December 25, 2016. His devoted wife Joyce and his children were by his bedside. He was born March 25, 1935 in Lawrence, the son of the late Armand W. and Annette M. (Hamel) Bilodeau. Raised in Lawrence, he graduated from Central Catholic High School with the Class of 1953 and attended Lowell Tech and Wentworth Institute in Boston. Mr. Bilodeau was a veteran serving with the US Coast Guard. Richard was employed in the engineering division of Raytheon Corporation in Andover, MA, working in quality assurance for over 25 years. After his retirement, he was employed part time with the Remick & Gendron Funeral Home-Crematory in Hampton. Richard had fond memories of his time as a leader with Boy Scout Troop 13 in Lawrence, MA. He was an active member and head usher of the First Baptist Church in Hampton Falls and had made his home on the seacoast since 1991 coming from South Lawrence, MA. Family members include his wife, Joyce L. (Merrill) Bilodeau of Seabrook, five children, Dennis Bilodeau and wife Stephanie of Andover, MA, Michelle Casey and husband Joseph of Hampton Falls, Thomas Bilodeau and wife Nancy of Northwood, Suzanne Charest and husband Michael of Londonderry, Paula Teed and husband Bill of Simsbury, CT, three step daughters, Eleanor Sargent and husband James of Exeter, LuAnn Stevens and husband James of Hampton Falls, Joy LePage of Derry, his sister, Aline Fredette of Walnut Creek, CA, 21 grandchildren, two great grandchildren and a niece. He was predeceased by his first wife, Madeleine M. (Roy) Bilodeau in 1991. There will be no visiting hours. Services will be held at 11 AM on Saturday, December 31, 2016 at the First Baptist Church, 3 Lincoln Ave., Hampton Falls. Relatives and friends are respectfully invited. Interment will be private. The family suggests donations to the First Baptist Church, 3 Lincoln Avenue, Hampton Falls, NH 03844 or to Wreaths Across America, www.wreathsacrossamerica.org in honor of United States veterans. Arrangements are by the Remick & Gendron Funeral Home-Crematory, Hampton. Please visit www.RemickGendron.com to view Richard’s memorial website, to sign his tribute wall or for directions.

Seabrook - P. Richard Bilodeau, 81, of Seabrook and formerly of South Lawrence, MA died on Sunday, Christmas Day, December 25, 2016. His devoted wife Joyce and his children were by his bedside. He was born March 25, 1935 in Lawrence, the son... View Obituary & Service Information

The family of P. Richard Bilodeau created this Life Tributes page to make it easy to share your memories.

Send flowers to the Bilodeau family.