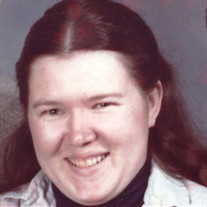 Hampton – Pamela S. Rush, 66, of Hampton, passed away peacefully on her birthday, Saturday, January 20, 2018, at home with her beloved family by her side. Pam was born in Exeter, one of six daughters of the late James M. and Jacqueline (McWilliams) Freeman. She was raised in North Hampton and graduated from Winnacunnet High with the Class of 1970. Pam married her late husband Edward Rush in 1970 and the couple settled in Hampton to raise their family. Over the years, Pam had worked for Mr. G’s Supermarket of North Hampton, S&R Supermarket of Hampton, Citizen’s Bank of Exeter, Primetime Video of Dover and Hampton and most recently as an office assistant for Hampton Chiropractic. Pam was an avid reader and enjoyed photography. In her earlier years, she and Ed were staunch supporters of the Hampton Youth Association and Winnacunnet High athletics and she remained in contact with many of the young athletes she followed over the years. Above all else, Pam loved her family, they were her world. Left to cherish her memory are her sons, James E. Rush, II of Hampton and Garth Rush of Boston, MA; her sisters, Joyce Verville of Hampton, Brenda Lemoine and her husband Keith of Exeter, Penny Jett and her husband, Brad of Hampton, Katie Levesque and her husband, Mike of Sisters, OR and Mary Freeman of Hampton. She also leaves her nieces, nephews and cousins and many dear friends. Friends may visit from 10 am to 12 pm on Saturday, January, 27, 2017 in the Remick & Gendron Funeral Home – Crematory, 811 Lafayette Rd., Hampton. Services will be held 12 pm in the funeral home immediately following the visitation. Burial will be in the High Street Cemetery. Flowers will be accepted, but if desired, memorial donations may be made to ALS Association Northern New England Chapter at http://webnne.alsa.org/site/PageServer?pagename=NNE_homepage or Compassionate Care ALS at https://ccals.org/.

Hampton &#8211; Pamela S. Rush, 66, of Hampton, passed away peacefully on her birthday, Saturday, January 20, 2018, at home with her beloved family by her side. Pam was born in Exeter, one of six daughters of the late James M. and Jacqueline... View Obituary & Service Information

The family of Pamela S. Rush created this Life Tributes page to make it easy to share your memories.

Send flowers to the Rush family.