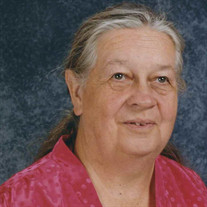 Middleton – Patricia Irene Bowden, 78, of Middleton, passed away peacefully on Thursday, November 29, 2018 at the Epsom Healthcare Center, surrounded by her loving family. Pat was born in Woburn, MA on March 18, 1940, a daughter of the late Joseph and Veronica (Kelly) Edwards. She was raised in Woburn where she met the young Airman, Richard Bowden while he was in the Air Force. Pat and Richard were married in 1963 and traveled all over the country during Richard’s career with his final assignment being Pease AFB. Richard retired from the Air Force in 1982 and the family moved to Middleton. Pat held a number of jobs over the years but her primary focus was her family. She was an outstanding baker and an excellent seamstress and even sewed most of her children’s clothes while they were growing up. Pat was always active in the many organizations associated with the Air Force during Richard’s career including the American Legion, Disabled American Veterans and the Veterans of Foreign Wars. Most recently, she enjoyed her visits to the VA home in Tilton with her husband. In addition to Richard, her husband of over 55 years, Pat is survived by her children, Christine Esparza and her partner John of Laconia, Cathy Libby and her partner Warren of Rochester and Ernest Bowden and his wife, Mandy, of Dover. She also leaves her 5 grandchildren and 9 great grandchildren, and her sibling Minabell Bowden of Seabrook. She was predeceased by Albert Edwards, Joseph Edwards, and Manny Esparza. Family and friends may visit from 5 to 7 PM on Tuesday, December 4, 2018 in the Remick & Gendron Funeral Home – Crematory, 811 Lafayette Rd., Hampton. A prayer service will be held at 11 AM on Wednesday in the funeral home. Burial will follow at 1 PM in the New Hampshire State Veterans Cemetery, 110 Daniel Webster Hwy, Boscawen, NH 03303. If desired, donations may be made to: Disabled American Veterans

Middleton &#8211; Patricia Irene Bowden, 78, of Middleton, passed away peacefully on Thursday, November 29, 2018 at the Epsom Healthcare Center, surrounded by her loving family. Pat was born in Woburn, MA on March 18, 1940, a daughter of the... View Obituary & Service Information

The family of Patricia Irene Bowden created this Life Tributes page to make it easy to share your memories.

Send flowers to the Bowden family.