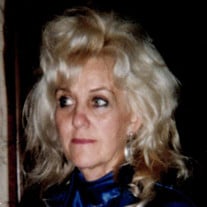 Exeter, NH – Patricia A. Jennings, 80, of Exeter, died peacefully on Friday, February 2, 2018 at her home. She was born in Haverhill, MA on August 4, 1937 a daughter of the late Edward O. and Dorothy (Lavelle) Jennings. Raised in Haverhill, she attended Haverhill High School. Patricia was a hardworking, strong and independent woman. She loved spending time with family and was always willing to lend a helping hand to anyone. She enjoyed horses, spending time at the beach and country music, especially Patsy Cline. Family members include her daughter, Crystal A. McKenzie of Calais, ME; siblings, Joe Jennings and his wife Linda of Haverhill, MA, Gail Jennings of Haverhill and Robert Jennings of Amesbury, MA; grandchildren, Nicholas Waters of Exeter, Morgan McKenzie of Calais; great granddaughter, Fiona; dear friend, Diana Connell of Hampton; several nieces and nephews and her cats, Midnight and Onyx. In addition to her parents, she was predeceased by her sister, Nancy Jennings and brothers, Edward Jennings Jr. and Sonny Jennings. At Patricia’s request all services will be private. In lieu of flowers, donations may be made to the family in there time of need.

The family of Patricia Ann Jennings created this Life Tributes page to make it easy to share your memories.

Send flowers to the Jennings family.